There’s only one more month left in 2011, and it looks like the year will go out with a real bang from a football standpoint.

December features several must-see matches, with a few that will have title implications on top of deciding bragging rights between fierce rivals.

Few matches on the calendar from here to May will match the anticipation and importance of the two Clasicos.

The importance of the first showdown, which kicks off at 9:00 pm BST on the 10th, may have been amped up even further with Barcelona’s weekend defeat at Getafe, which, combined with Real’s 4-1 win over city rivals Atletico Madrid, sees Real Madrid with a six-point lead at the top through 13 rounds.

Due to their participation in the Club World Cup, Barcelona have two league matches before their visit to the Bernabeu, while Real have one, with their game in hand being on the 17th, a home tie against Espanyol. Provided results go as expected in those matches, a win over Barca could position Real to have a nine-point lead when La Liga play resumes in January.

And though there will be more than 20 rounds left in the season, it’s very difficult to see Barca being able to overcome such a deficit.

On the other hand, if Barca are able to continue their recent dominance of Real, they will at worst be three points back if the other results go as expected, and that’s a far less daunting deficit.

At this point, however, you’d have to favor Real to triumph if there’s a winner in next month’s clash. Not only are the Galacticos in blistering form at the moment, Barcelona have struggled away from home this season, with two wins in six away league matches to date. 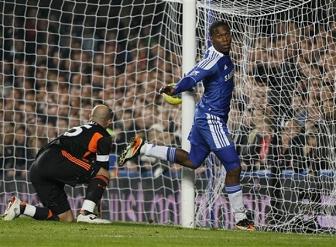 All eyes will be on Stamford Bridge for a massive Monday night match-up, and a lot will be at stake when these two sides face off on 12/12, with the action getting underway at 8:00 pm BST.

Chelsea are currently 10 points behind Manchester City in the English Premier League table, but a win could kick-start a push to get back in the thick of the title mix. A draw, while it would not help their own cause, could help Manchester United, who are currently five back, and in-form Tottenham, who are seven back with a game in hand.

Meanwhile, a win for City would beef up their title credentials, even if the three points doesn’t see them put more distance between themselves and their closest challengers. 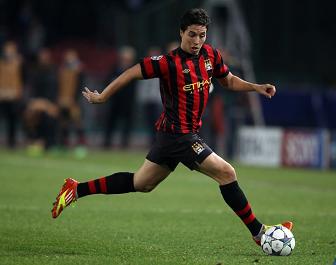 This match will be one to watch no matter what happens in the above match, but if Chelsea down the league leaders at home, City’s visit from Arsenal the following Sunday will be made all the more important.

Arsenal missed a chance to make up some ground on City and United this past weekend, as they surprisingly drew at home against Fulham. However, the Gunners had won five Premier League matches in a row prior to that stumble, including a 5-3 win at Chelsea in October, so their chances of getting a result at City can’t dismissed.

If City lose at Chelsea, or even draw, more dropped points against Arsenal could see things tighten quite a bit at the top. However, if City win at Chelsea, following it up with a home win over the Gunners could cement their status as title favorites, especially since they will have United, Spurs, Chelsea, and Liverpool all at home in the second half of the season. 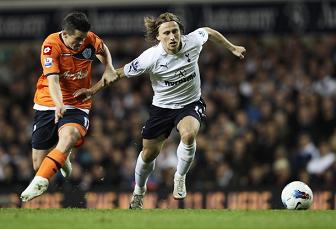 In a rare Thursday night tie, the Premier League’s pre-Christmas slate will wrap up on the 22nd when London rivals Tottenham and Chelsea square off at White Hart Lane.

This is a vital match for both sides, as they are both trying to stay in the title conversation heading into the new year. Many still may not be taking Spurs too seriously, but continuing their current hot streak to and through this match could start convincing some of the skeptics that they are more contender than pretender.

For Chelsea, wins over City and Spurs could not only help them as far as the title race is concerned, but it will also take some pressure off of manager Andre Villas-Boas, who’s been under some heat in the first few months of his tenure at the club. At the same time, defeats in both of those matches will only turn up the pressure on AVB and leave Chelsea needing to make a big run in the second half of the season to come close to reaching Roman Abramovich’s minimum expectations. 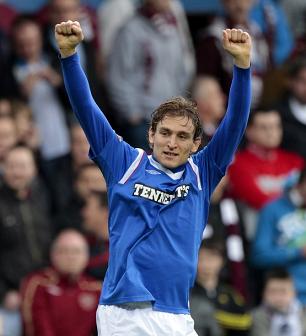 As is the case every season, Rangers and Celtic are battling it out for the Scottish Premier League title, and the latest Old Firm derby could see momentum move definitively towards either side heading into the new year.

Only a little over a week ago, Rangers, the three-time defending champions, had a 12-point lead over Celtic. But with Rangers drawing at home against St. Johnstone and losing at Kilmarnock and Celtic scoring wins three wins in that span, at Inverness Caley Thistle and at home against Dunfermline and St. Mirren, the lead has been cut to four in a flash.

Both sides have four matches, two home and two away, before they meet on the 28th, and if the deficit remains the same going into the derby, Celtic could close the gap to one with a win, which could be quite a blow to Rangers’ confidence after having a sizable lead only a short time ago. But if Rangers can win at Hampden, it’d help restore some of the lead that they gave up, and it’d also be huge for their confidence going forward.