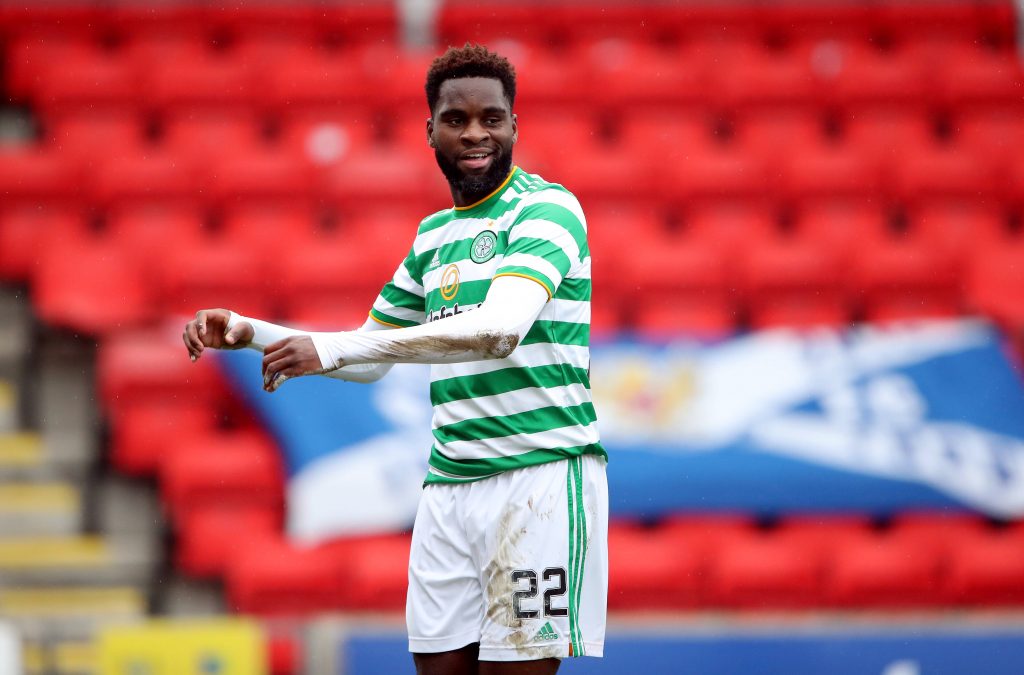 The news that Arsenal are still hoping to sign Odsonne Edouard from Celtic this summer should fill their fans with dread.

According to the Telegraph’s Sam Dean, the Gunners are competing with Leicester City to sign the 23-year-old.

Dean claims that ‘a fee in the region of £15-20 million’ should be enough to secure Edouard’s services.

Edouard is apparently being viewed as a replacement for Alexandre Lacazette, who continues to be linked with a move away from the club.

Whichever member of Arsenal’s staff has come up with this bright idea should be fired on the spot.

Edouard appears to have a decent enough goalscoring record, having bagged 81 goals in 163 appearances for Celtic.

However, when you consider the level of the opposition he’s been facing in Scotland, his tally is somewhat underwhelming.

Edouard’s performances this season have largely been lacklustre, with the forward often looking like he can’t be bothered.

Although he has scored 16 goals in 26 league appearances, none of those came against newly-crowned champions Rangers.

There is undoubtedly a world of difference between finding the back of the net against Hamilton Academical and scoring in the Premier League.

If Arsenal are serious about forcing their way back into contention in the English top-flight, they must invest properly in their squad.

If Lacazette is on his way this summer, the Gunners need to secure an upgrade.

Edouard doesn’t fit that criteria by any stretch of the imagination.