As the season draws to a close, and the teams get ready to face their fates, there are some highly-anticipated individual awards up for grabs too. The most decorated and prestigious of those, is of course the PFA Player of the Year Awards. The gong is a celebration of the one standout individual footballer who has lit up the Premier League in the last year, and had the most impact on his team’s ultimate fortune. It’s no wonder that it’s such a big deal.

Also, the award is voted for by the players themselves. Being lauded as the best by one’s fellow professionals is something really special indeed.

Even though the candidates have not officially been announced, one can more or less predict the names that are going to be there. Interestingly enough, none of the contenders for this year’s award have won the accolade before.

Chelsea’s Eden Hazard tops the list and is considered by many as the favourite to win the award. He faces stiff competition though, from Harry Kane, who has been absolutely incredible for Tottenham and is on course to win the Premier League Golden Boot Award as well. Arsenal’s Alexis Sanchez and Manchester City’s Sergio Aguero have been completely out-of-form in 2015, but will be on their list owing to their extraordinary first halves of the season. Manchester United goalkeeper David De Gea has by far been the Red Devils’ best player this season and is also set to be in the reckoning. Chelsea’s Diego Costa will be in contention in his debut season in England, as the Spaniard is joint top-scorer in the league with Kane despite missing a significant number of games through injury and suspension.

Why Hazard should win it:

While all the above-mentioned players have been absolutely brilliant, I think Eden Hazard has the strongest claim to the award. The Belgian, who joined Chelsea in 2012, has grown in stature by the year and this has been his best season yet. Last year, he won the PFA Young Player of the Year Award, and this year he has stepped it up even further.

While Kane will run him really close, it is to be noted that the Englishman only started delivering post-November. Yes, he wasn’t given an opportunity until then by Mauricio Pochettino, and the impact he has had since has been tremendous, but Hazard has been doing it since day 1. 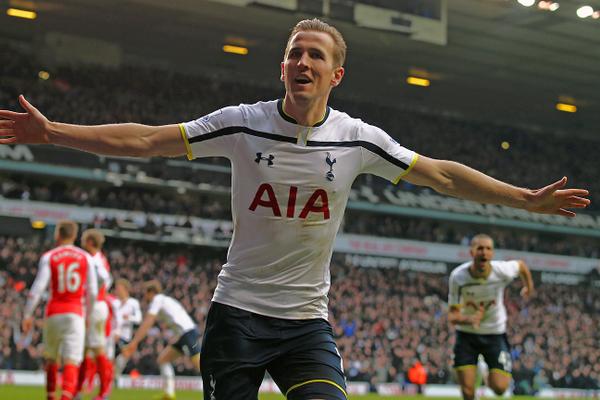 One aspect of the Chelsea man’s game that has improved drastically since he first arrived is his consistency. Often slated for not doing it against the big sides, Hazard has been the main, go-to man for Jose Mourinho right from the get go this season. Even when the Blues have looked poor, like against Tottenham on New Year’s Day when they were beaten 5-3, Hazard has been magnificent individually. His tally of 17 goals and 14 assists in all competitions has been a big reason why Chelsea are placed so comfortably at the top of the table, while having already won the Capital One Cup.

And as stated earlier, none of the players on the list apart from Kane really tick the box for consistency.

The second big aspect that has to be considered is the impact that Hazard’s contributions have had on his side’s season. Spurs finished 6th last season, and despite Kane’s heroics this time around, are on course to end up in the same position. His goals have ultimately not enabled them to achieving their goal of Champions League football.

Chelsea, on the other hand, are on course to win their first Premier League title in 5 years.

As individuals, there are few other players who are such joys to watch. There is a lot of talent on show in the Premier League, but Hazard has been at a different level this year, and he’s done week-in, week-out. The ease with which he gets past players, the tenacity he shows on the ball and his improved numbers in the final third have had watchers on their feet time and time again. And of course, he has added a defensively disciplined side to his game to accommodate himself perfectly into Jose Mourinho’s system at Stamford Bridge.

Chelsea, despite having three Premier League titles to their name, have only seen one of their players win be adjudged the Player of the Year – Frank Lampard in 2005. The Englishman’s goals from midfield was something the Blues were expected to miss, but the rate at which Hazard is going, he should be delivering 20 goals per season consistently in the near future.

He’s only 24, but Eden Hazard is a true phenomenon. Anyone who has watched him this season has been left mesmerised. And with Chelsea set to walk to the title thanks to his efforts, there is no doubt that the Belgian should be the PFA Player of the Year.