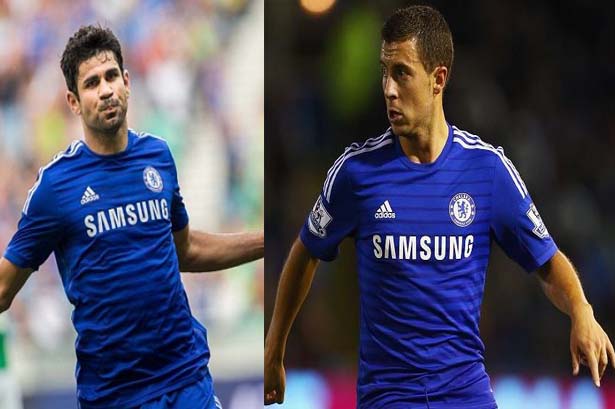 We have the latest EA Sports Player Performance Index rankings after round 29. This weekend saw Chelsea striker Diego Costa getting his name on the scoresheet, Rooney scoring yet again against Tottenham while Arsenal produced a ruthless performance against London rivals West Ham.

Chelsea managed a 1-1 draw against Southampton at the Bridge, but it was enough to give them a 6-point lead at the top. Costa returned to goal scoring form after missing previous seven games without scoring and is now #3rd in the rankings. His team-mate Eden Hazard retains the #1 spot with 731 points.

Arsenal produced a master class performance against West Ham on Saturday and earned a convincing 3-0 win in the derby. Alexis Sanchez couldn’t get his name on the scoresheet though but manages to stay #2nd with 679 points.

Santi Cazorla once again impressed with his passing and creativity, the Spaniard moves one step up in #5th with 606 points.

Rooney scored his 19th goal of the season and moves in 11th, but most importantly his form would please the manager ahead of United’s crunch Premier League tie with Liverpool next Sunday.

Talking about Liverpool – what a turnaround for the Merseyside giants! Who would have thought after such a stuttering start to the season they would be just 4 points behind City with 9 games to go?

And you know what, they are brimming in confidence, and it is coming from non other than their manager, Brendan Rodgers, who is aiming higher than a mere top four finish.

Raheem Sterling, Philippe Coutinho and Jordan Henderson (who scored against Swansea on Monday night) all feature for the Reds in top 20.