According to Portuguese daily, O Jogo, Arsenal target Jackson Martinez is set to join another club in the next few days.

Although the destination still remains a secret, it is believed that negotiations are well underway and the Colombian will sign for another European club. According to reports, Porto are set to receive Jackson’ release clause of 35 million euros. 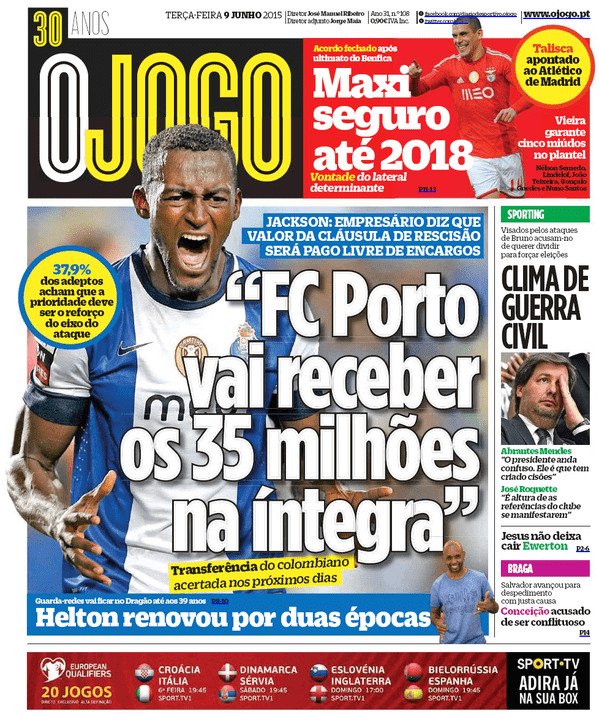 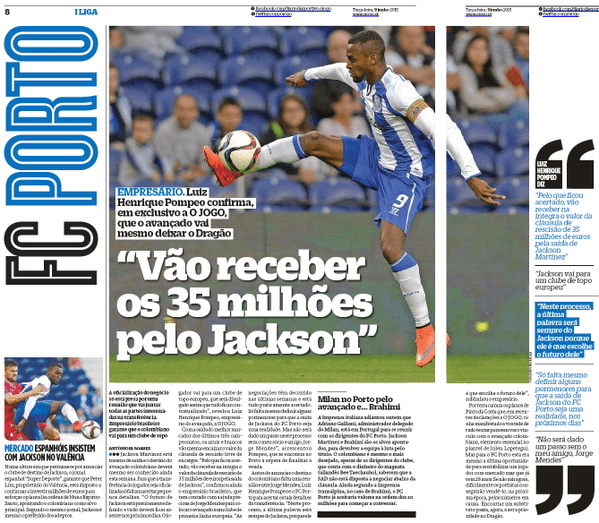 Martinez’ agent spoke to the publication and confirmed that negotiations have been going on for weeks and is nearing a conclusion.

“There is a club that’s willing to pay €35m for the buy-out clause,” said Pompeo.

“The deal will be closed in the next few days.”

The prolific Colombian has been linked with a move to Arsenal this summer. Wenger is thought to be a keen admirer of the forward and is keen to acquire his services.

Despite a good season from Olivier Giroud, the general consensus around the Arsenal camp is that they will need a better striker to compete for the title and Jackson Martinez is seen as a perfect solution.

The Colombian’s exploits in the Champions League this season has further underlined his ability to make a difference at the highest stage of world football.

Jackson Martinez will be a huge upgrade on Giroud and Welbeck, and it would be certainly interesting to see how the Gunners shape up next season and mount a title challenge.

Previously it was assumed that Porto would take a hit on the release clause, however it seems that the Portuguese outfit will only accept an offer if it matches Jackson’ release clause.

Porto have signed Martinez’ replacement in Alberto Bueno last month and are already planning for life without him.