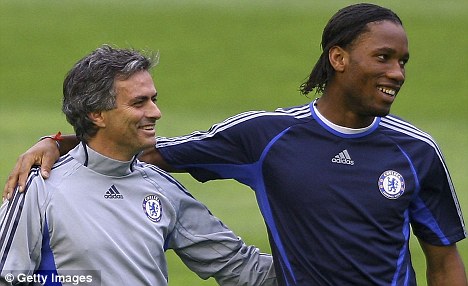 The transfers of Samir Nasri and Didier Drogba to Arsenal and Chelsea respectively are being investigated by the French police on the suspected grounds of fraud. French football is currently facing a credibility crisis with several allegations of match-fixing and fraud, French magazine Le 10 reports.

Olympique Marseille President Vincent Labrune and his predecessors Jean-Claude Dassier and Pape Diouf, have been taken into custody, according to British daily The Times. This is in relation to the transfer of French striker Andre-Pierre Gignac from Toulouse to Marseille in 2010 for €18 million. Gignac’s agent, Christophe d’Amico, was sentenced to four years in prison in November after being found guilty of extorting money.

Nasri’s transfer is also under scrutiny under suspicion of wrongdoing. The French midfielder moved from Marseille to Arsenal in 2008 for €16.8 million. Out of this, around €5.5 million was reportedly paid to the player himself, rather than the club. In return, Nasri extended his contract at the club by one year and enabled them to ask for a transfer fee from the Gunners.

Drogba’s transfer from Marseille to Chelsea for €38 million in 2004 is also under the scanner.

The players in question though – Gignac, Nasri and Drogba, are not accused of any wrongdoing themselves.