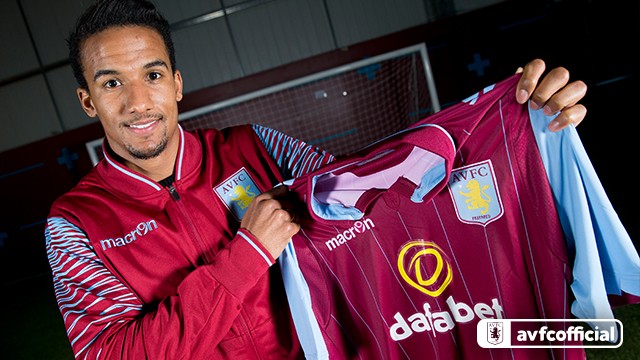 The deal allows Paul Lambert’s side to make the deal permanent after the end of the season.

A statement on City’s official website read, “Scott Sinclair has joined Aston Villa on loan with a view to a permanent deal in the summer.”

“Sinclair returned to play a productive part in City’s pre-season US tour, and featured in the Community Shield and three more first team games this term. Everyone at the club wishes him luck at Villa Park,” it added.

The 25-year-old joined the Premier League champions from Swansea City in 2012 and since making a switch to the Etihad, he has seen his first team appearances being limited.

Meanwhile, Sinclair has expressed his desire after making a loan switch to Villa Park.

“It feels great to be here and the deal is finally done. It’s taken a few weeks but I’m happy to be here, to be in the building and to be signing for the club and ready to play some football,” Sinclair told Villa’s official website.

“It’s nice to be able to get settled somewhere and be a part of something going forward.”

“I spoke to the manager, Paul Lambert, and he gave me his views on what he wants from me here at Villa. I am still hungry to play football, that’s what I told him, and I’m looking forwarding to getting started, hopefully playing every week and enjoying my football.

“I believe I have my best years ahead of me. This is a new challenge, a new chapter in my life, and hopefully I can settle in as quickly as possible, have a good start and go from there,” the winger added.