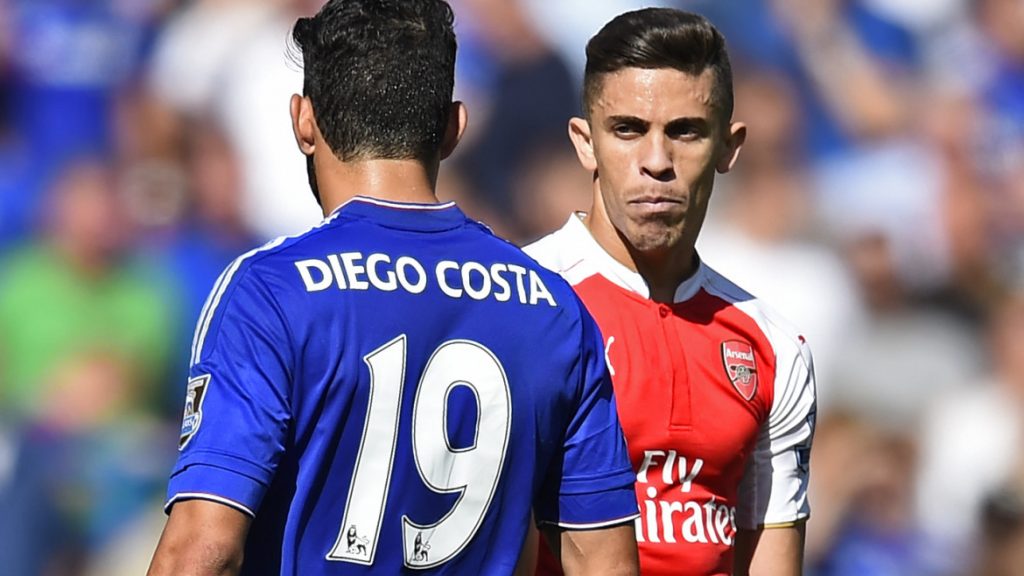 Chelsea striker, Diego Costa has been dropped from the Spanish national team due to his embarrassing behavior against Arsenal.

Spain manager, Vicente De Bosque was left unimpressed by the Chelsea strike’s antics and has decided to drop him for the games against Luxembourg and Ukraine.

Diego Costa has been banned by the FA for his disgraceful behavior against Arsenal. The Brazilian managed to get Gabriel, the Arsenal centre back, sent off after having instigated a fight and then tried to eye gouge, Laurent Koscielny.

Gabriel who was sent off for a stamp on Costa, has been cleared of the charges.

However, since the incident, the notorious Chelsea striker has been dominating the headlines. It seems after the Pique controversy, Del Bosque is keen to avoid further media attention towards his national team setup.

The World Cup winner has dropped Costa for the two upcoming games and has claimed that he was disappointed with the player’s actions.

“The FA ban did not influence my decision. But of course I did not like what he did. It was not nice”, he said.

It will be interesting to see how Jose Mourinho and Diego Costa react to this decision. Furthermore, Del Bosque’s decision will put the Chelsea striker under increased pressure to reconsider his antics on the pitch.