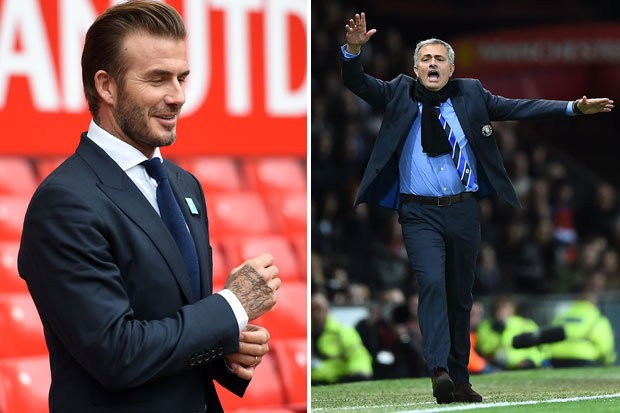 Manchester United legend and former midfielder David Beckham has backed Jose Mourinho to be an instant hit at the Theatre of Dreams.

The former Chelsea and Real Madrid boss was officially appointed as Louis van Gaal’s successor in May and is currently with the Man Utd squad in China for the club’s pre-season tour.

The Red Devils have won just one major trophy – the 2016 FA Cup – in the last three seasons with David Moyes and Louis van Gaal receiving the sack in 2014 and most recently, in the summer of 2016, respectively.

But the Class of ’92 member David Beckham is delighted to see Mourinho’s appointment, describing the Portuguese’s arrival at the club as a ‘great move’.

“I fully expect it to work,” Beckham said in an exclusive interview with Sky Sports. “With Jose leaving Chelsea and now coming back into the Premier League with United, for me it is a great move.

“I had huge respect for Van Gaal, but it did not work out the way people expected it to. But I think at the end of the day, now it is a new start for United.

“We have had a couple over the last three or four years, which is not the Manchester United style, who are used to a manager like Sir Alex Ferguson being in there for so many years.”

Beckham, who played for over a decade for his boyhood club, expects Mourinho’s arrival will ensure that the club is ‘feared again’.

“We have had quite a lot of change over the last few years,” he said. “So now with Jose in there, he knows what he wants and how to get it, he knows how to win titles.

The Red Devils last won the Premier League title in the final season of Sir Alex Ferguson’s managerial career but the former England International is optimistic about the club’s chances of winning the league in Mourinho’s debut season in charge of Man Utd.

When asked about who will win next season’s title, Beckham said: “I am going to have to say United, I will always be on that side of the fence.”