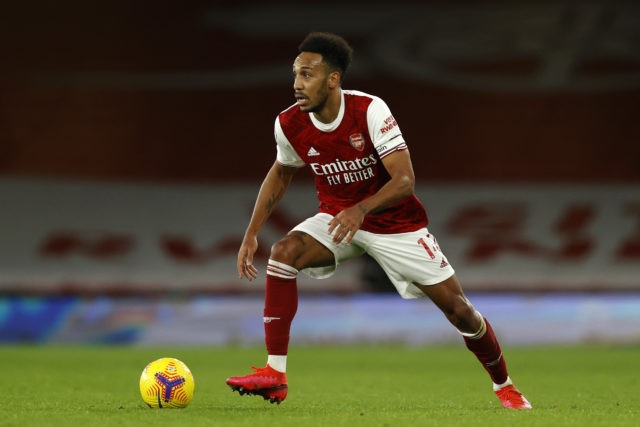 Former Premier League players Darren Bent and Lee Dixon have suggested on TalkSport that Mikel Arteta should not bring back Pierre-Emerick Aubameyang into the starting line-up against Brighton.

Arteta will be hoping to turn Arsenal’s season around with back to back wins now. The Gunners travel to Amex Stadium to face Brighton, and the Spaniard has a selection dilemma.

It has been widely reported that Aubameyang will return to the team after recovering from a calf injury but Bent wants Arteta to stick with youngsters and keep the Gabon striker on the sidelines.

“I think that team did well against a good Chelsea team and there seems to be a bit of a feel good factor around bringing some of the kids on.

“To get fans on side there’s nothing better than bringing some of your own into the first-team and they do well.

“If Aubameyang is fit for this next game and you take these young players straight back out again, confidence-wise that might kill them a little bit.”

Former Arsenal defender, Dixon, who won four league titles with Arsenal, also feels the same. He has suggested that Aubameyang should be kept on the sidelines for a few weeks, and it might help him to regain his form.

“Nobody is bigger than the club,” Dixon told Tuesday’s talkSPORT Breakfast, “and maybe Mikel Arteta might look at the game at the weekend and say, ‘we did create some chances, we did this’.

“It might just do him [Aubameyang] a bit of good to have a little step out of the team and just look from the sidelines.

“When you watch a game from the sidelines you can sometimes learn more than you do when you’re on the pitch.

“He’s obviously a hugely talented footballer and we need his goals, but it might be a time for him just to look and assess the team.

The Arsenal captain has scored just five goals in all competitions so far this season and has struggled to hit the form of the 2019/20 campaign where he netted in 29 times.

While Aubameyang is a world-class striker, and his return is a huge boost for the Gunners, Arteta could stick with young players up front.

Gabriel Martinelli is a fantastic young talent and he looked lively against Chelsea. However, the Brazilian has just returned from injury, and he needs protection as well.