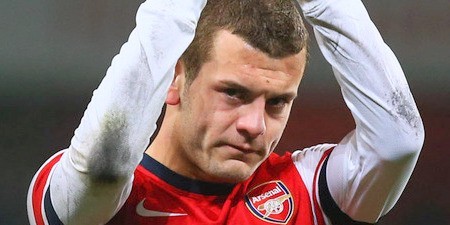 If the debacle against Blackburn Rovers and the spectre of an eighth trophy less seasons were not enough for Arsene Wenger to spend sleepless nights, additional impetus has been provided to Wenger’s woes in the form of Dani Alves.

The Barcelona right back, in an interview to The Telegraph, urged Arsenal midfield supremo Jack Wilshere to make a well-timed move to the La Liga club and carve out a successful career like Xavi and Andres Iniesta. He said:

“He has a lot of quality and a great personality. If I was given the chance to choose, he is a player that I would sign for Barcelona.”

It is not a new phenomenon for Barcelona players to rock the boat at the Emirates by luring players from the Premier League to join the force at the Nou Camp. Thierry Henry, Cesc Fabregas and Alex Song have been the big names to defect to Catalunya after much pushing and prodding from Barcelona players and fans.

Players reaching their potential and defecting Arsenal have also been a recurring theme since the past decade with players leaving Arsenal wining 53 trophies collectively in last eight years compared to those who chose to stay with the North London club.

Wilshere only made his comeback to top-flight football in September 2012 after a 14-month spell in the side-lines due to ankle injury. His comeback in the number 10 shirt (which was vacated by Robin Van Persie) has been nothing less than impressive.

The midfielder is serving as a potent force in a free attacking role as well as in a withdrawn role in the midfield.

The England international is tied to Arsenal till 2018, a contract that he signed couple of months back.

At this juncture, it might be too soon for him to jump ship, but if such words of praise come flowing from the players of arguably the best football team in the world, it would serve as big test for the 21-year-old’s unflinching loyalty to his club.