Arsenal poster boy Jack Wilshere is a step closer to a first-team return after completing 90 minutes for the Gunners’ under-21 side last night.

The England international has not played in the Premier League since November and is set to face a real battle to claim a place in the North London club’s starting XI.

The Belgian powerhouse is seemingly the Midlands club’s best chance of avoiding the drop and has started to remind everyone of his ability in recent weeks.

Wilshere on the mend – but will he have to put up with a place on the bench?

Arsenal fans will hope that the latest injury setback suffered by homegrown star Jack Wilshere is finally behind him, with the 23-year-old on the recovery path.

The gifted midfielder played 90 minutes for his club’s under-21 side at the Emirates Stadium last night in a 4-1 victory over their Stoke equivalents.

With the England international seemingly set to be available for Arsene Wenger’s men in the near future, his return is as good as a new signing for the North Londoners at a critical time of the season. 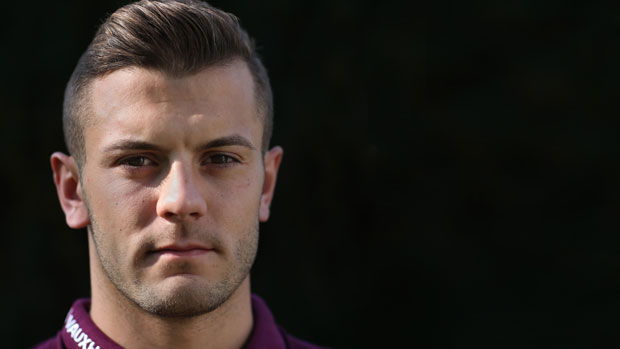 Wilshere’s career has been blighted by debilitating injuries, which have meant that the Gunners youth product has played nowhere near as much football as he should have.

Mercurial when fit and firing, the England international’s shows of brilliance have come too infrequently as he has struggled to stay available for prolonged periods.

Wilshere’s latest return threatens to be his most defining, as the 23-year-old faces stern competition to land one of the two central midfield berths in Wenger’s side.

The return of Francis Coquelin from loan at Charlton and subsequent star performances mean he is a virtual ever-present for the Gunners and fills the defensive midfield void.

With Aaron Ramsey and Santi Cazorla in the running to partner the Frenchman, while Mikel Arteta and Abou Diaby also are set to return from injury, Wilshere will most likely be reintroduced slowly.

The England star could well thrive alongside the more defensively-minded Coquelin, but he faces a real challenge to get into the starting XI to prove it.

After scoring 19 Premier League goals in his first season at Aston Villa, Christian Benteke was widely acknowledged as one of the most devastating and in-demand strikers in English football.

The Belgium international was being mentioned as a serious target for top-four teams, before he opted to sign a new contract at Villa Park to end the speculation.

Despite a dip in form and injuries this season that has seen Villa struggle collectively as a result, Benteke’s return to prominence in recent weeks promises to be the spark the club need to ensure their Premier League survival.

Villa have been an extremely soft touch at times this season and lacked penetration in the final third, but with the 24-year-old refinding his confidence and shooting boots they have a proven matchwinner leading their line.

The Birmingham-based club have only scored 23 goals in the league in 2014-15, the least in the division, and as such Benteke’s strikes could well be the difference between relegation and survival.

If the Congo-born star continues in his current vein of form, don’t be surprised to see the transfer rumblings resurface this summer; on his day Benteke is unplayable and he has proven as much over the last month.