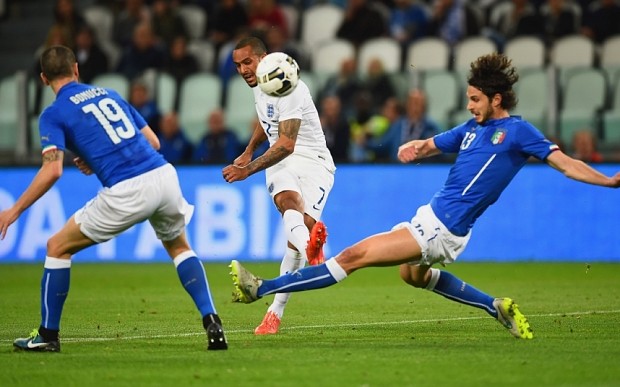 It has been an interesting round of international fixtures for the major European nations, with last night’s action throwing up a number of intriguing talking points.

England’s bland performance in a 1-1 draw against an experimental Italy failed to capture the imagination, while Roy Hodgson’s tactics raise more questions than answers.

Spain and Portugal suffered defeats by opposition of contrasting quality, while Belgium overcame a Euro 2016 qualifying obstacle in Israel.

After a positive performance to beat a modest Lithuania on Friday night, a new-look England side did not hit top gear against Italy in Turin – but team selection will be a point of contention for the British media.

Theo Walcott’s role in the England attack was strange, with the Arsenal forward used in a strike partnership with Harry Kane, before dropping into the number ten role as the game progressed.

The flying forward has had limited game-time at club level recently, with any opportunities he has been afforded in his natural position on the wing.

Walcott may well have said in the past that he wants to play through the middle, but he failed his audition in Italy last night.

With on-form English forwards such as Danny Ings, Charlie Austin and Saido Berahino not given a look-in, playing winger Walcott as a striker certainly does not instil much confidence in Hodgson’s vision for the team.

England salvaged a draw through Andros Townsend’s superb strike, with the Tottenham winger scoring from range to prove a point to his doubters.

Spurs fans have been split in their opinion of the youth-team graduate this season, with massively frustrating performances from the winger.

A lack of end-product has been the main accusation, and with reason, but his goal for England reconfirms Townsend’s raw talent.

In my opinion as a Spurs fan, Townsend has a long way to go to be up to the standard to feature regularly for his club, nevermind England.

That said, most people were also unconvinced by Gareth Bale in his early days at White Hart Lane. 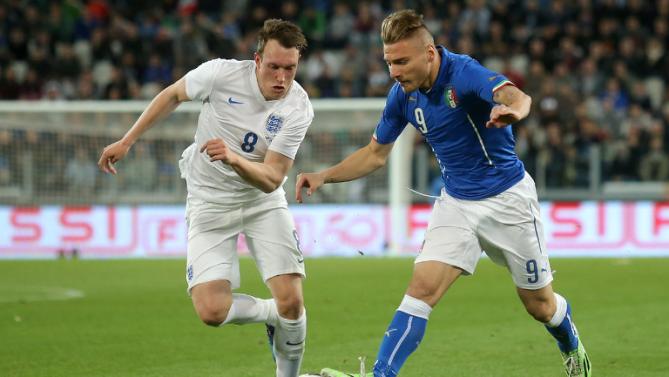 Finally, Hodgson’s decision to play Phil Jones in midfield in a friendly fixture was a strange and pointless selection.

The Manchester United centre-half’s place in the starting XI as a defender could be questioned, but using him in the boiler room instead of giving other actual midfielders a chance to play was a ridiculous decision.

With Michael Carrick on the bench also, Jones’ performance in midfield will have the travelling support scratching their heads.

Jones was not the only Manchester United player in for a tough night, as David De Gea was given a rare start for Spain but was unable to prevent his team being beaten 2-0 by Netherlands.

There is a case building that the Old Trafford custodian should be first choice for his country given the faltering figure of Iker Casillas. Although De Gea made a number of smart saves, he could do nothing about either of the Dutch goals and will surely have more positive experiences in La Roja’s colours in the future.

Spain are in transition and Vicente Del Bosque’s selection of Pedro and Mario Suarez in his starting XI was odd given their back-up status at their respective clubs.

Holland’s forward line impressed, with two Eredivisie stars shining brightest; it seems like only a matter of time before chief protagonist Memphis Depay and goalscorer Davy Klaassen end up at major European clubs.

Portugal’s over-reliance on Ronaldo, Belgium get a crucial three points

Without their talismanic attacker to call upon, Portugal were unable to break the African minnows down in a continuation of a forgettable World Cup campaign for Fernando Santos’ men.

Wales were knocked off top spot in Euro 2016 qualifying Group B, with Maroaune Fellaini’s early goal enough to give Belgium a 1-0 win in Israel.

Marc Wilmots’ men were forced to hang on after skipper Vincent Kompany compounded questionable recent form by getting sent off just after the hour mark.

With Jan Vertonghen and Toby Alderweireld playing out of position as full-backs for Belgium, the Manchester City defender’s absence in the European nation’s next games may be a blessing in disguise.