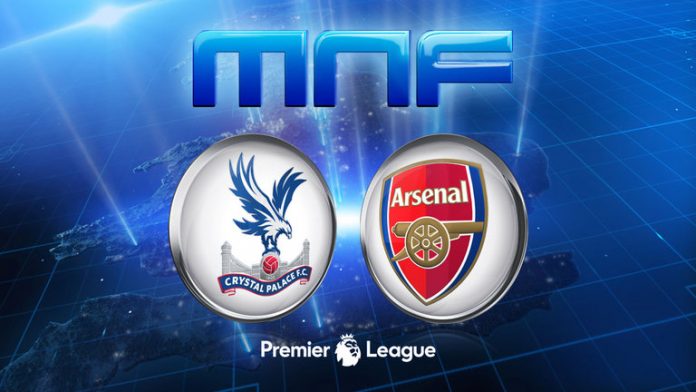 Crystal Palace’s winning run came to an end against Southampton last week. The Eagles were beaten 3-1 and they will be hoping to bounce back with a win here.

The home side are plagued with injuries right now and they will be dreading the visit of Arsenal later today. Jonathan Benteke, Wickham, Cabaye, Dann, Mandanda, Tomkins, Remy and Souare are all ruled out.

Arsenal will be full of confidence after their 3-0 win over West Ham on Wednesday. The Gunners will look to get their top-4 hopes back on track. They can’t afford any more slip ups in a bid to regain a place in the top 4.

Cazorla and Cech are ruled out for this game. Perez, Koscielny and Ospina are doubtful.

Arsenal have won 7 of their last 8 matches against Crystal Palace in all competitions.

Arsenal have conceded at least 3 goals in their last 3 away matches in the Premier League.

Arsenal have scored at least 2 goals in 7 of their last 8 matches against Crystal Palace in all competitions.

Arsenal have lost their last 3 away matches in the Premier League.

There have been over 2.5 goals scored in Arsenal’s last 8 away games in the Premier League.

Arsenal have a very good record against Palace. Bet on the away side to win this week.

The Gunners have been conceding freely away from home. If Palace can find the back of the net, they are organised enough to grind out a result. Bet on the home side to win at 14/1 with 888 Sport.

Palace will struggle to cope against Arsenal, especially with so many players missing.

This should be a routine win for the Gunners. Arsenal are motivated and confident heading into tonight’s game.