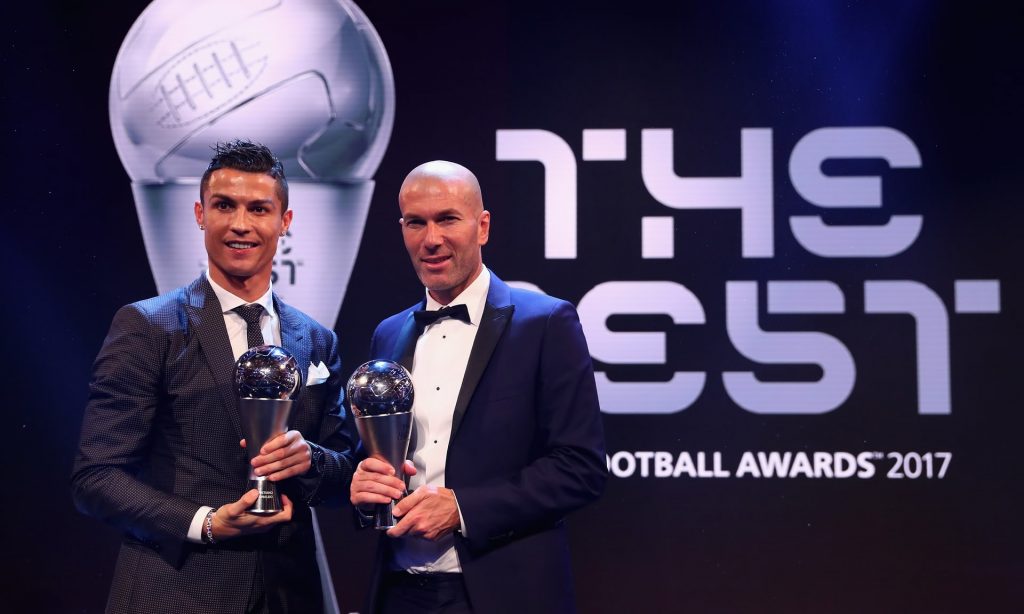 Ronaldo managed to beat the likes of Lionel Messi and Neymar to the honour after a phenomenal year at the club as well as the international level.

Cristiano Ronaldo received the maximum votes in the best player category with 43%.

The 32-year-old was instrumental in Real Madrid winning the La Liga and the Champions League last season. He also led Portugal to glory in the Euros.

“We are in England for the first time, and I win it for the second consecutive time. This is a great moment for me,” Ronaldo said.

Along with Ronaldo, Zidane was also rewarded for his contributions to Real Madrid last season. The former French footballer was named best men’s coach.

Other awards comprised of the best goal (Puskas award) and the FIFA fair play award.

Arsenal forward Olivier Giroud bagged the Puskas award thanks to his stunning striker against Crystal Palace. The French international scored a scorpion kick against the Eagles in January.

The national team captains and managers, selected journalists and an online poll of fans voted for this year’s FIFA Football awards.

The fair play award was given out to Togolese player Francis Kone, who performed life-saving first aid on Bohemians 1905’s goalkeeper Martin Berkovec in February.