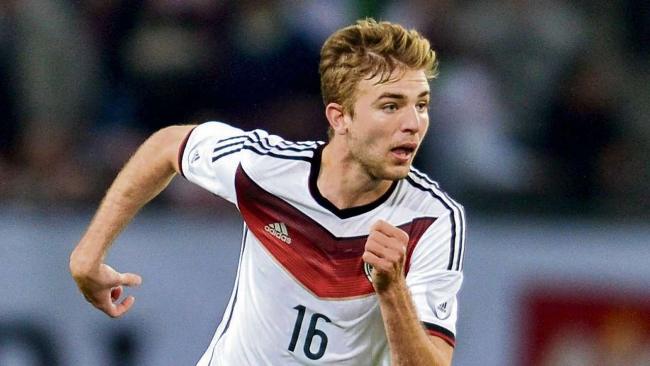 Recently Borussia Monchengladbach midfielder Cristoph Kramer made headlines by scoring a crazy own goal that gave Dortmund victory over their rivals.

Recently, the 23-year-old has been linked with a move to European champions Real Madrid as well. Marca reported few days back that Real Madrid could be interested in signing the stylish midfielder, who is also a reported target of Arsenal.

Kramer is in second season of a two-year loan deal with Gladbach from Bayer Leverkusen, and his impressive performances have caught attention to several European heavy weights including Manchester United as well.

The german midfielder expressed his delight that his name is being linked with a move to Manchester United and Real Madrid. He also admitted that playing abroad is always his dream.

Kramer said as quoted by Marca: “Real Madrid and Manchester United were always the teams I followed through my childhood.

“I should have cut out the article (linking me to Real Madrid) and framed it.  It’s a great honour to be linked with a club like Real Madrid.”

It remains to be seen whether big Premier League clubs at all make any move for him in January or next season, lest he will be more than happy to continue his progress at Leverkusen.