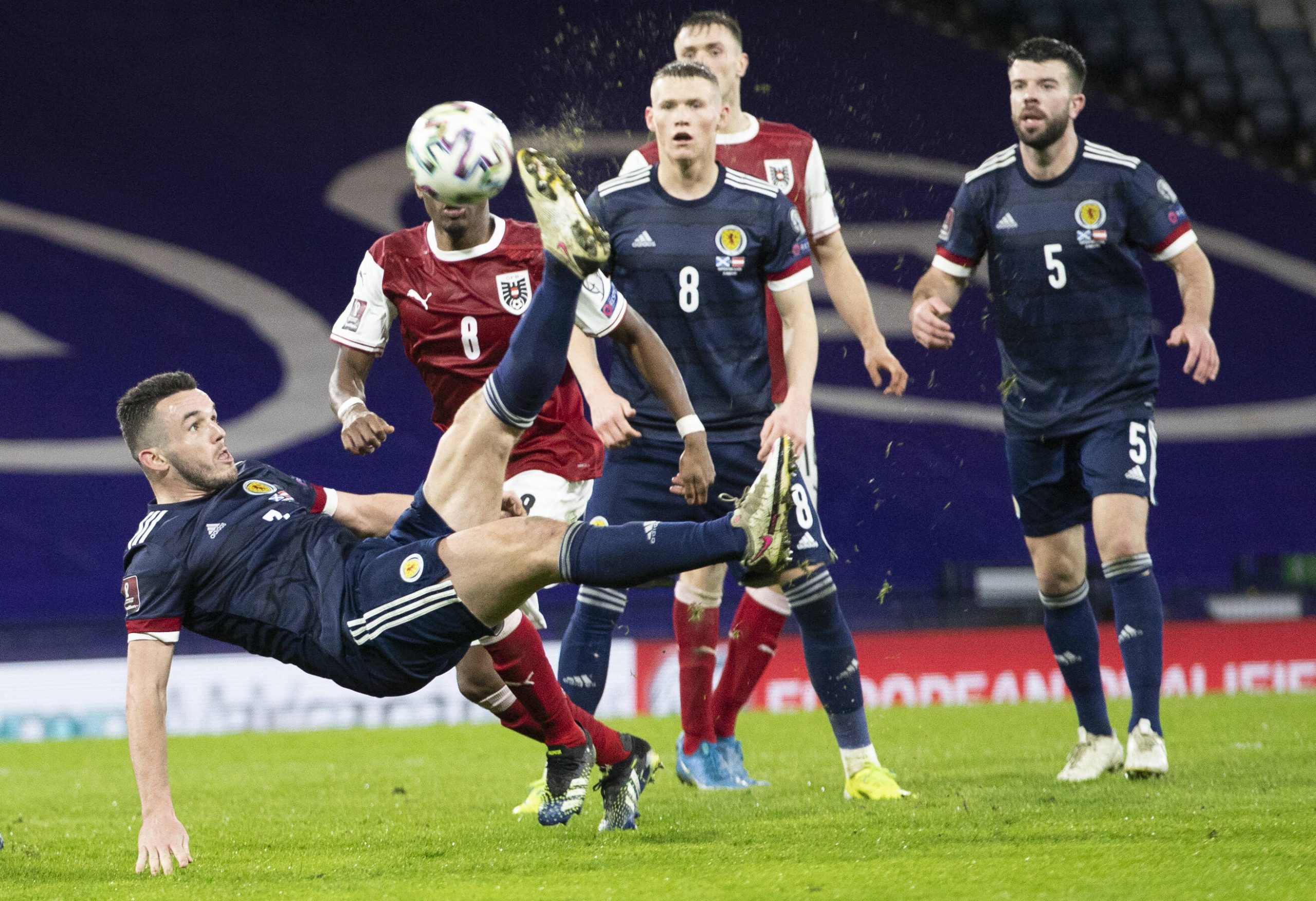 Scotland managed to grind out a 2-2 draw against Austria last night, with Aston Villa star John McGinn scoring a sensational overhead kick to secure a point for his country late in the game.

The hardworking midfielder scored in the 85th minute to level the scores, and Austria will be disappointed to have dropped two points despite leading twice in the game.

Apart from the goal, the Villa midfielder produced a solid display in the centre of the park.

Last night’s performance will have given him some much-needed confidence, and he will now be keen to finish the season strongly with Villa.

McGinn has been inconsistent for Dean Smith’s side this term and has struggled to recapture his best form since his return from injury.

Villa fans will be hoping that McGinn can carry this form and confidence into the Premier League now.

The Midlands club have been struggling in recent weeks and will need their key players fit and firing to finish the season strongly.

What a goal John McGinn👏👏

Read: How the Villa fans reacted to Ollie Watkins’ goal against San Marino.