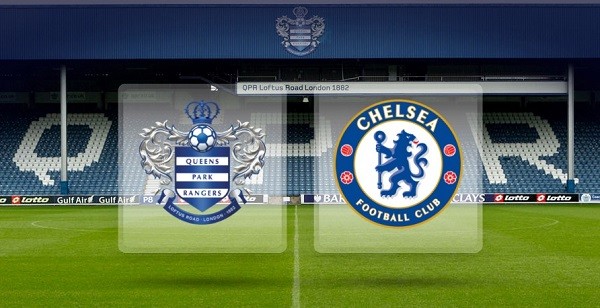 Chelsea are almost there. Having been on top of the Premier League table since the first day of the season, it is now time for the final push. Currently 7 points ahead of second-placed Arsenal, they are on course to becoming the first team to have led the race throughout.

The next three weeks are extremely crucial in the title race. If Chelsea come out of this period unscathed, maintaining their current advantage, it will be safe to say that there will be no stopping them landing their first league title in 5 years.

Jose Mourinho’s next game is a trip to Loftus Road to take on relegation strugglers Queens Park Rangers. While QPR have looked sure-shot candidates to go back into the Championship all season long, they have hit some form of late. Four points in their last two games, both away from home, mean that Chris Ramsey’s men are just a win away from lifting themselves above the bottom three.

For Chelsea, this game is a must-win. Despite their comfortable position at the summit, the Blues have looked out-of-form and jaded in the last few weeks. They have got the right results, but the wins have been edgy, scrappy and very unconvincing. This is in stark contrast to their early-season form, which saw them play some splendid football and put away their opposition comfortably.

Following this London derby, Chelsea face Manchester United and Arsenal, their closest challengers for the top spot, in successive weeks. Both these clubs are in extremely confident mood, and there are fans who believe that they have a chance of toppling Chelsea.

That, of course, very much depends on how the league leaders perform. Without them dropping points, nobody else has a chance. Having said that, if their recent form is anything to go by, they look like they could still make a meal out of their final run-in.

Players like Cesc Fabregas, Oscar and Willian, have faded away in the past couple of months, and the Blues often end up depending solely on Eden Hazard to come up with the goods. Striker Diego Costa, who is joint top-scorer in the league with 19 goals, has been ruled out for at least a month with a hamstring problem.

Jose anticipates Diego Costa will be back in time to play four matches this season. #CFC

Chelsea do not have the most enviable recent record against QPR. Of course, The Hoops have hardly stayed in the league for more than a year in the last few seasons, which means that the matches between the teams are spread out over a long period. But, Rangers have managed to keep clean sheets in their last three league games against the Blues, and even managed a shocking 1-0 win at Stamford Bridge in the 2012/13 season.

For Chelsea, it is very important to go into the home game against Manchester United with confidence. Failure to win on Sunday against a side battling relegation is certainly not ideal preparation to face the in-form Red Devils. Furthermore, they travel to the Emirates to take on Arsenal the following weekend. The Gunners are in a rich vein of form, and have picked up more points than any other club since the turn of the year. There is some real optimism surrounding Arsene Wenger’s men at the moment, and their eyes are sure to light up at the slightest blip by Chelsea. Mourinho has won several league titles across different countries during his career, but the way Chelsea have been relinquishing leads of late have been very unlike his teams in the past. After coming this far, it is imperative that they do not throw it away at this late stage. For that, the game against QPR on Sunday is huge. A win will be a huge step towards the title, while a loss will be a major slip-up that will allow their challengers to capitalise.