Yesterday, reports came out from France that Chelsea had signed a 13-year-old goal keeper Nicolas Tie from French regional side FC Poitiers. The youngster was also scouted by Premier League heavy weights Arsenal and Manchester City.

In recent years, Chelsea have adopted a transfer policy where they sell unwanted players for a high price and bring in good young talents using that money at a reduced price so that they can still make profit out of it. This is an effective ploy, as it helps them to comply with the Financial Fair Play rules. 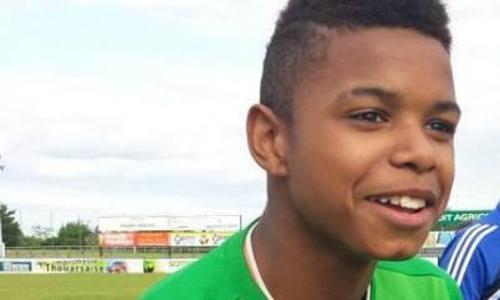 We don’t often see, young academy players from Chelsea making the senior grades. That does not necessarily mean Chelsea do not have any interest in young talents. Unlike other clubs that give opportunities to young academy players, Chelsea have a different transfer policy to deal with this issue.

They sign young top talents from across the world at an early age, and then send them on loan to good European clubs for exposure. If these players show tremendous development, in case of Romelu Lukaku, they sell him for a high price (making a huge profit in the process), otherwise, for every other players, the club ensure they get some healthy fee from the transfer so that the investment is not totally wasted.

Similar strategy is observed here. L’Equipe report that Chelsea have managed to sign the 13-year-old goal keeper, who can only join the West London club when he turns 16 in 2017.

Arsenal have a strong connection with French clubs and so many French players have played for the Gunners in the past decade or so. This time, it seems, Chelsea have edged them out in the race for the young kid.

The young French goal keeper will continue to play for his present club but Chelsea may well take him to London occasionally to get him used to the new system and culture. Tie is 1.85m tall and has some good attributes to make him a professional goal keeper in future. Vitesse, are you listening?