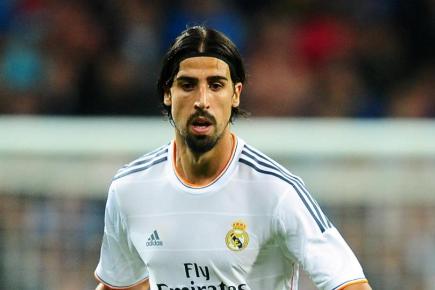 Chelsea and Arsenal have a vast recent history of targeting similar big-name players. These transfer-window feuds though, have nearly always ended in a Blues’ victory. Chelsea have stolen the likes of Juan Mata and Gary Cahill right from under the Gunner’s noses in the past few seasons, and these players have gone on to have extremely fruitful careers at Stamford Bridge. The worst blow though, was when Chelsea landed Cesc Fabregas this past summer. The former Arsenal favourite had reportedly wanted a return to the Emirates but  after being turned down by Arsene Wenger, chose to move to west London. His incredible start to the season, which sees him with 7 assists in 7 games, has left no Arsenal fan in any doubt that their manager’s decision has cost them dearly.

Now, it looks like the Blues are set to do it again. According to reports from reputed English website the Evening Standard, Chelsea are ready to offer a deal for long-term Arsenal target Sami Khedira from Real Madrid. The Blues will reportedly offer Khedira a pre-contract in January for the 2015-16 campaign, when his contract in the Spanish capital will expire. 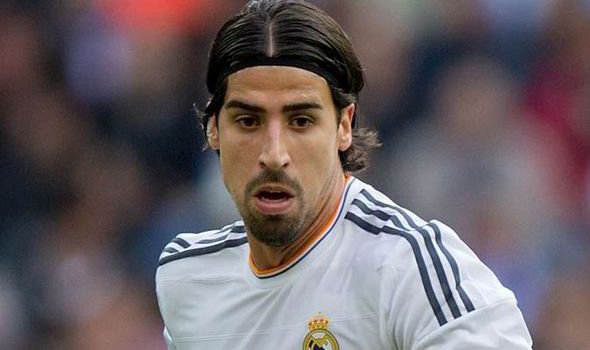 The German international has fallen out of favour at the Santiago Bernabeu with manager Carlo Ancelotti, and there were several reports linking with him with a move to Arsenal in the summer. Despite failing to seal the deal, it was expected that the Gunners would be back in the market for the 27 year-old in January. But now, it looks like Chelsea are set to hijack the deal. Khedira was signed for Real Madrid by Jose Mourinho in 2010, and the Portuguese manager is a well-known fan of the defensive midfielder.

The reigning Champions League winners are interested in bringing Chelsea goalkeeper Petr Cech to Madrid in January, after the 32 year-old fell behind Thibaut Courtois in the pecking order at Stamford Bridge. Reports suggest that Real may include Cech as a part of the Khedira deal.