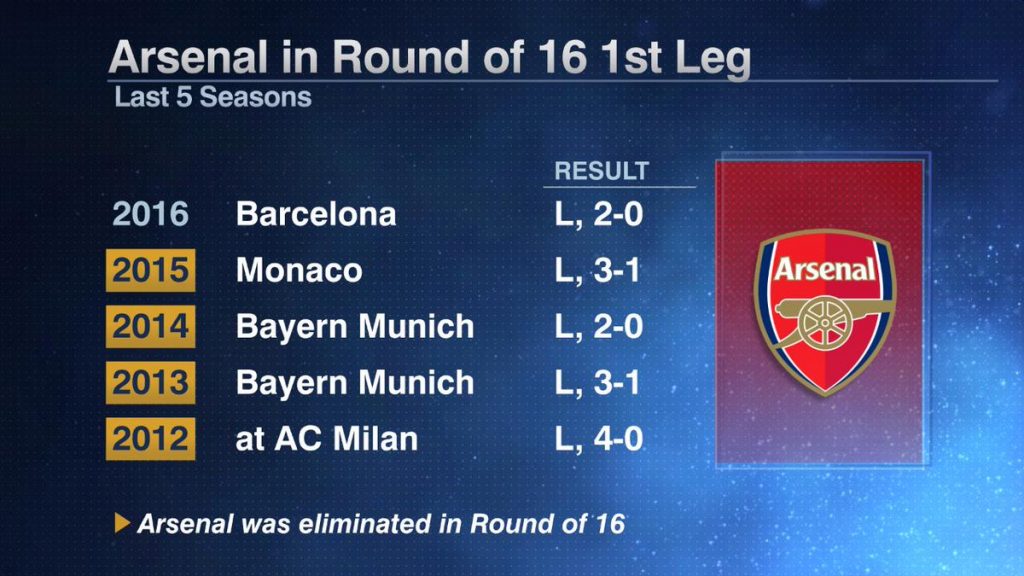 Arsene Wenger said ahead of their Champions League clash with Barcelona that it was their best chance to beat the European champions, no matter how big the ‘chance’ really was.

But if you don’t take your ‘chance’, you are bound to pay the price, especially when you’re up against the best team in the planet. And Arsenal did pay their price. The Gunners played well, their tactics was spot on and executed perfectly till 70th minute. Usually sat deep, they pressed high when required and attacked the visitors on counter at devastating pace.

Arsenal weren’t looking for a draw. Wenger was confident that the Gunners would sneak a goal some how but they needed to be disciplined throughout.

“They are better than us and everybody knows that but I believe we could have won the game tonight if we had kept the discipline until the end,” said Wenger, who saw similarities with last year’s last-16 defeat. “Like against Monaco, it is exactly the same,” he said. “We are caught in exactly the same way.”

It’s the same old story again. Arsenal failed to take their chances, their lack of composure cost them dearly. For the sixth year running, the Gunners are facing a round-of-16 exit in a row. The Gunners now have a mountain to climb, and Wenger concedes – “it will be very, very difficult, if not impossible.” 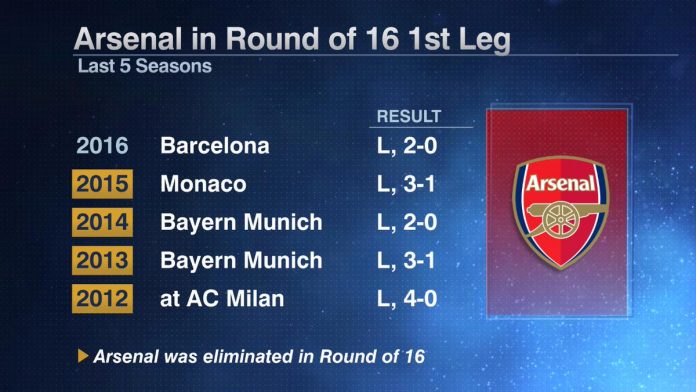 It is indeed a familiar feeling for the Arsenal fans, who must be frustrated by now to see their side making same mistakes every year at this level of competition.

A lion share of the blame should go to Wenger for this mess. Why didn’t he sign any outfield player last summer? The significant upgrade in the goal keeping department has seen them challenging for the title, but surgery was required elsewhere too.

The gulf in quality between Arsenal & Barca is massive. Wenger’s decision to not sign a single outfit player last summer didn’t make much difference for Arsenal in the league, as the Gunners are challenging for the title & may win it. It only shows that even with a shallow squad, you can still manage to win a league title (an indication of Premier League’s degrading quality) but it is hard to replicate that form in Europe. Had Wenger signed a world class striker and a couple of good attacking midfielders replacing the likes of Ox-Chamberlain & Walcott, they could have reduced the gap with the other European giants a bit.

The Old Lady did exceptionally well to come back from a 2-0 down to level the tie, and they will travel to Munich with full of confidence, knowing that they are capable of pulling a victory and progress to the next round.

Once again, Pep Guardiola’s side shockingly took their foot off the pedal in big European games. The point was raised and explained by ESPN’s Miguel Delaney:

Watching highlights. For a manager who breeds such intensity, how many times do Pep teams switch off in big European games?

It is indeed rare from a perfectionist like Pep to see his side losing control despite taking a healthy lead. Over confidence?

Throughout his career, Arjen Robben has scored in big games. He is a veteran member of this Bayern side now, and has lost sharpness due to his age, but he is still a class apart.

Prior to this game, he went six games without scoring, but on a big platform and against a quality opposition, Robben produced a brilliant performance, and scored a superb solo goal.

It will be difficult for Juventus to manage a win at the Allianz Arena, as Bayern are almost unbeatable at home. However, Juve won at Dortmund last season, and will be in full of confidence knowing they are capable of pulling up a shock result.