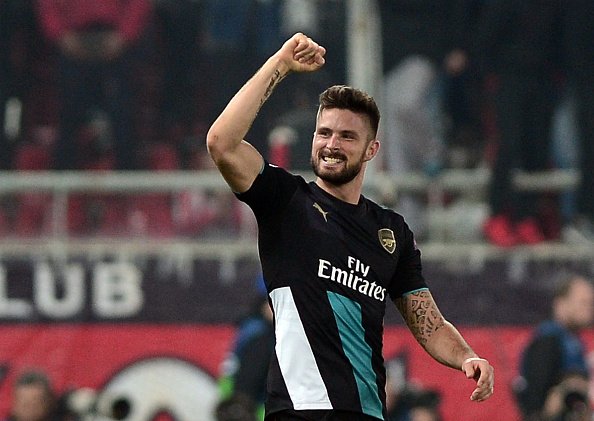 After an exciting and pulsating last round of Champions League group stage matches, Arsenal and Chelsea progressed to the knockout rounds alongside Manchester City.

For the second season running, the same three teams from the Premier League have qualified for the Round of 16 in the Champions League. The question is – can they progress further?

None of the Premier League clubs progressed to the quarter-final stages last season. Will the English clubs face the same fate again? A lot will depend on the Champions League draw, which takes place in Nyon at 11am on Monday, 14th December.

The Gunners are probably the most unpredictable side of all the so-called ‘big teams’ in Europe. They have this extraordinary ability to pull up a shock result, when all odds are against them. Here again, after losing their opening two matches, Arsenal were on the brink of elimination, and very few had thought they would progress to the Round of 16. And yet they did the unthinkable.

It was a “great escape” for Arsenal, who have now qualified for the 16th consecutive season in the Champions League knockout stages. The Gunners finished second behind Bayern Munich in Group F, as a result, they could face one of the three Spanish group winners in the form of Barcelona, Atletico Madrid or Real Madrid.

The Blues have been struggling badly in the Premier League, but they’ve done exceedingly well in Europe. Their 2-0 win over Porto ensured they finish as group winners which will ease the pressure on the team and manager Jose Mourinho.

The Champions League represents Chelsea’s best chance of winning a silverware and staying in the competition next season, but in Europe, there are no easy fixtures.

If the Blues are lucky enough they could face teams like Benfica, PSV Eindhoven or Ghent, or else the likes of Paris Saint-Germain (who knocked them out of competition last season), Juventus or Roma are awaiting them in the next round.

The Citizens, like Chelsea, enter into the next round as the group topper. City can at least breath a sigh of relief that they won’t have to face the likes of Barcelona or Real Madrid in the round of 16. But that doesn’t meant their progress to the quarter-final is guaranteed, although it represents their best chance to do so.