Until a few months ago, the Franco-German axis of Laurent Koscielney and Per Mertesacker appeared to have resolved the defensive frailty at the heart of the Gunners’ back line, but a few injuries and an apparent lost cohesion, now seems to have reinstalled a problem that Arsene Wenger may have thought he had solved. 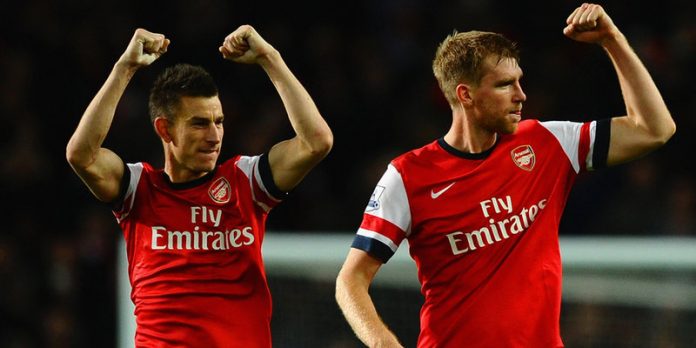 Whilst many pundits will point to a potential lack of firepower as one of the root causes for Arsenal’s slip from the title race, it may be more illuminating to look to the other end of the field. A record of only one clean sheet in a dozen games dating back to the middle of February is not the sort of solidity upon which title bids are built.

When the Gunners were riding high in the early part of the season, a string of sound defensive performances provided a solid foundation for their exciting forward line to dominate matches.

The reintroduction of Matthieu Flamini to police in front of the back four gave added security to a defensive unit that looked capable of largely keeping the back door locked. Mertesacker, the experienced Germany international, had shed his ‘Bambi on ice’ appearance and looked every inch the organising force who neatly dovetailed with the Frenchman beside him. That solidity apparently melted in the spring sunshine however. The Gunners look vulnerable again, and are conceding goals on a worryingly regular basis.

Even West Ham United last evening threatened on more than one occasion before Jarvis netted for them to take a not unexpected lead at the Emirates. Yes, of course the Gunners came back to win the game, but simply backing yourself to outscore your opponents in an all-out slugfest of goals is a dangerous game.

Unless, that is, you have the firepower of Suarez, Sterling and Sturridge, as at Liverpool. At the moment, the Gunners front line is somewhat short of that standard, and against the better teams, are beginning to get found out on a regular basis.  It’s no coincidence that a lack of clean sheets and a tumble from the title race have gone hand-in-hand. 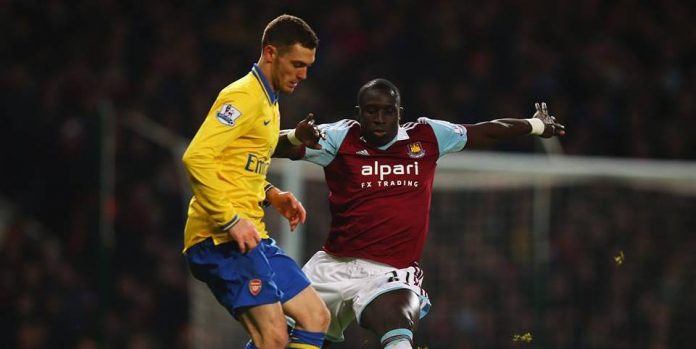 It must be a worrying situation for Wenger as the season draws to its climax. The FA Cup semi-final against Wigan Athletic again emphasised how even a lower ranked team can expose the Gunners’ backline, and with a Wembley final in prospect against Steve Bruce’s underrated Hull City, the Arsenal manager will be less than totally assured that his defence can prevent the Humberside team from scoring.

All of which means that it’s entirely likely the Gunners will need to score at least twice to lift the trophy.

Unless Wenger can reinvigorate his back line, and install some of that previously held solidity, defensive frailties may hold back any progress for the club. It seems likely that the traditional cries of the Gooners – “1-0 to the Arsenal” – may have to be put away for a while yet.