From Boca Juniors to Turin: There is only one Carlos Tevez 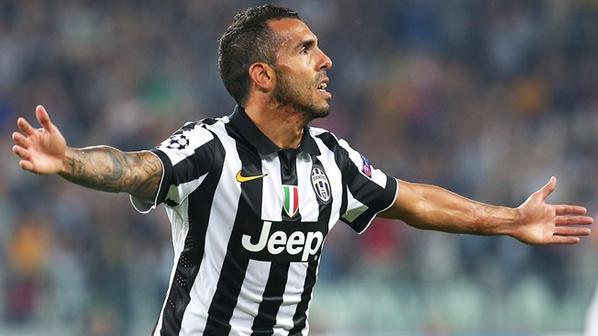 Juan Sebastian Veron is one brutally honest footballer, believe me he is. The former Argentine star once remarked on Carlos Tevez,”He’ll stand back up again every time you try to knock him down.” That was however in 2007. Fast forward 7 years on, Graham Hunter writes in Daily Mail that Veron’s opinion has hardly changed,”He’s playing the best football of his life and in this club he seems to have found a new Boca Juniors (Tevez’s childhood club). I can see it in his eyes.”

As Juventus steamrolled past Lazio by a 3-0 scoreline last night, there seemed to be a eerie of silence at the Stadio Olimpico. Barely few minutes ago and a little over a thousand miles away, Lionel Messi Messi became the leading La Liga goalscorer of all time, overtaking the legendary Telmo Zarra. As Tevez walked back to the tunnel securing his team’s win, he might have felt, what could have been. Far from reality though. 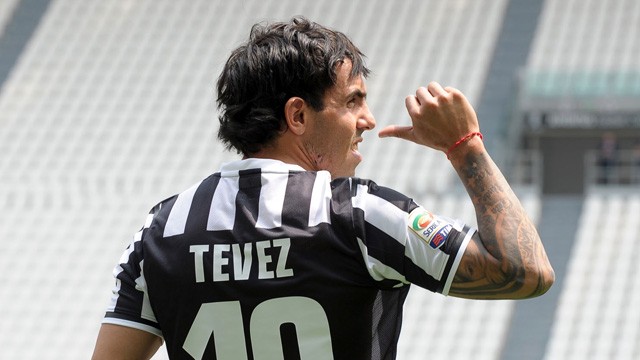 Argentina is a strange country where football runs in the veins of ever young kid in the neighbourhood, where losing even a beach game is simply unacceptable. Football overshadows political turmoil, poverty and sheer hooliganism in the South American nation where the working middle class see the game not just as a sport. It’s a way of life. Ask anyone on whom they prefer between Messi and Tevez. There is one unanimous answer: Tevez, thanks to the 30 year-old’s deeply rooted home traditions than the Barcelona forward, who had left the country aged 11.

Tevez has always been a volatile character, yet his desire to succeed in the highest echelons of the game stands out. He was accidentally scalded with hot boiling water as a child. It caused third degree burns yet when Boca Juniors offered to have them cosmetically removed, Tevez refused. “The scars were a part of who I was in the past and who I am today.”

Tevez has had an illustrious career, one which has been somehow overshadowed by controversies. He won two Premier League titles with Manchester United but moved to bitter rivals Manchester City in the summer of 2009. Tevez was however sent back home to Argentina after he refused to come on as a substitute when City were trailing by 2–0 to Bayern Munich in a Champions League encounter. The controversy was however later cleared as Mancini brought him back from wilderness and the Argentine helped the noisy neighbours secure the Premier League and FA Cup double. During City’s celebration parade, Tevez held aloft a placard reading, “R.I.P Fergie.” Tasteless, in every aspect but Carlitos didn’t bother to apologize.

In 2013 though, it appeared as if Tevez was going to end his career amidst a crisis between club and International Football. The forward had remarked, “I’ve already said I want to retire wearing a Boca shirt, it’s my dream as well as my family’s. After the World Cup, we’ll see. I could finish my contract next year and go to Boca” Sadly Alejandro Sabella didn’t pick for this summer’s World Cup despite the forward being in tremendous form for Juventus. The Albiceleste finished runners up to Germany in the final. One only wonders what have been had Tevez been one on to Manuel Neuer during the first half rather than Gonzalo Higuain (with due respect).

Tevez though returned to the International side this month as new coach Tata Martino picked him for the friendlies against Croatia; incidentally the clash took place at Upton Park, home of his former club West Ham United. It was his first game for Argentina in over three years. This season he has arguably displayed his best ever form in his career at the Binaconeri.

His bull dog like approach, having an immense work rate is falling into places as Juventus look strong to win their fourth Scudetto in as many years. His stunning goal running almost half of the length of the pitch against Parma a fortnight ago sums up his personality. He now wants to do well in Europe. Juventus are in a precarious position in their group in the Champions League but Tevez insists. “There’s no harm in dreaming. First we need to play Malmo, then we’ll see where we are. We have to play the same way we did against Parma and Lazio, as with that level of performance it’s tough for us to lose.”

He is a dreamer like all of us. After all, I’ve heard dreamers are winners. Who knows if he calls its quits from the International stage after helping Argentine to the Copa America in 2015? Afterall, it was he who missed his penalty in the shootout against Uruguay in 2011.