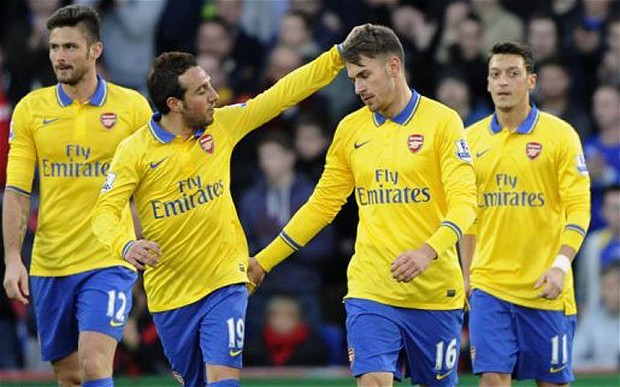 Arsenal extended their lead at the top of the Premier League table to seven points with a 3-0 away win at Cardiff on Saturday.

Here are the key observations from the game. 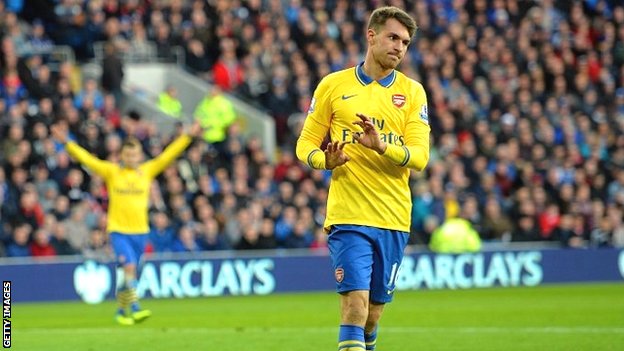 Aaron Ramsey was the best player on the pitch, covering every blade of grass in another commanding performance by the Wales international.

Another two goals to his considerable tally, the former Cardiff man proved himself as one of the best midfielders in Europe with a fantastic performance against his old club.

The way the player conducted himself was also a refreshing sight, with no elaborate celebrations after scoring – a mark of respect to his former employers. He was treated well by the home support as a result.

Mesut Ozil has had a couple of quiet games of late, and there were fears that the German playmaker was starting to feel the intensity of the English game.

There were no such concerns here as the ex-Real Madrid star put in a top-class showing, with his vision, range of passing and movement superb.

A key man for the Gunners, Ozil has the most assists in the Premier League (six). 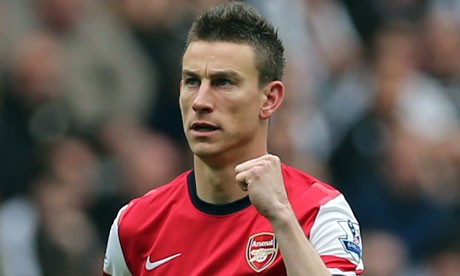 Although Arsenal’s attacking prowess will be ranted and raved about in the aftermath of the win, another clean sheet will be a real source of contentment for Arsene Wenger.

All of the back four looked solid and untroubled, putting the Manchester clubs’ struggles here into the spotlight.

With things going right at both ends of the pitch, Arsenal are looking like real contenders for silverware this term.

England are blessed with a glut of top left-backs, with Kieran Gibbs pushing towards the World Cup squad after another excellent performance here.

Although Leighton Baines and Ashley Cole will be favourites to be included in Roy Hodgson’s squad for Brazil, the Arsenal left-back is putting forward a consistent case to be part of the contingent also.

Excellent positioning and confidence going forward make him on of the in-form players in his position in England.

Another impressive display by Theophile-Catherine 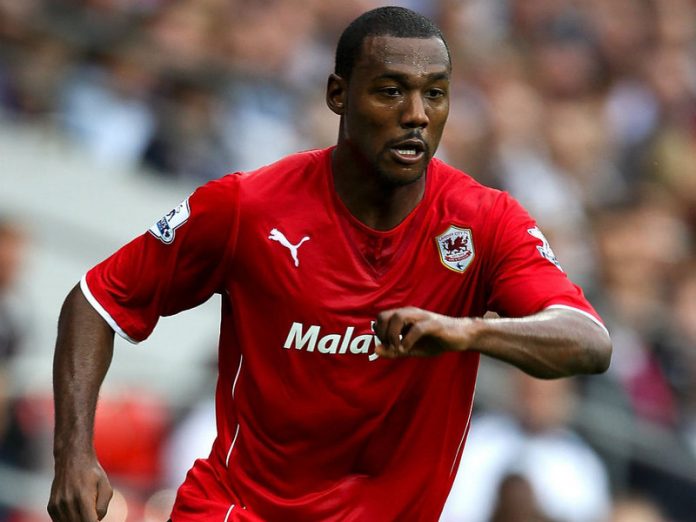 Speaking of left-backs, Cardiff’s Kevin Theophile-Catherine put in another impressive performance for the home side.

The French defender largely neutralised the threat of Santo Cazorla down Arsenal’s right, while always looked like a threat on the offensive.

The defender is an outside bet for World Cup inclusion, and will have the likes of Everton and Tottenham looking at him if he continues his strong start to life in the Premier League as the season progresses.