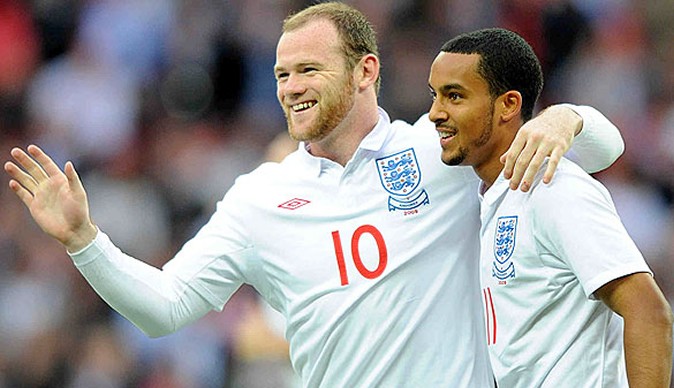 Wayne Rooney has had an absolutely terrible season with Manchester United, scoring just once in the Premier League thus far. He scored two goals in as many games with England in the international break in September, making the headlines after breaking Sir Bobby Charlton’s all-time scoring record for the Three Lions. But both these strikes though, were from the penalty spot.

His season has now taken another turn for the worse, with an ankle injury almost certainly likely to rule him out of his national side’s Euro 2016 qualifier against Estonia at Wembley on Friday. He picked up the knock at the weekend in United’s 3-0 defeat away at Arsenal.

This report from the Guardian says that he missed training on Wednesday, and is unlikely to be available to Roy Hodgson as England look to make it 9 wins out of 9. They have already sealed qualification for the tournament in France next year, but are looking to get as much momentum on their side as possible, with a relatively young side.

Rooney will pick up his Golden Boot from Sir Bobby before the game, but will be forced to watch the match from the sidelines.

It is very likely that in Rooney’s absence, Hodgson will call upon Arsenal’s Theo Walcott to lead the line. The winger-turned-striker has been a revelation up front for the Gunners this season, and will want to seize this opportunity with open arms.

With Rooney’s form declining as well, Walcott will look to make in-roads towards sealing the position on a regular basis as well. He has netted 4 goals in all competitions for Arsenal this summer, and has been involved in some scintillating link-up play with the likes of Alexis Sanchez and Mesut Ozil. He also scored twice for England in the qualifier against San Marino last month, despite only playing 23 minutes after coming on as a subtitute.

“Playing there (up front) for England, that’s what I want to do”, he said, speaking ahead of the game.

“You want to represent your country and I know everyone would like to see me up front, but whether it’s on the left or right.. there’s an opportunity there definitely.”

He will though, face fierce competition from some other young players who have impressed in the Premier League over the last year. Jamie Vardy has been absolutely incredible for Leicester City this season, scoring 7 times in the league thus far, while Danny Ings has started to find his feet at Liverpool as well. Harry Kane may not have had the best of starts with Spurs this season, but certainly knows where the back of the net is and has proven it with England as well.

Walcott will be hoping he gets his chance in his preferred centre-forward position. At his club, he has managed to displace a natural striker in Olivier Giroud. Now he will look to do the same in an England shirt, and Rooney will have to find his feet back pretty quickly to stop that from happening.