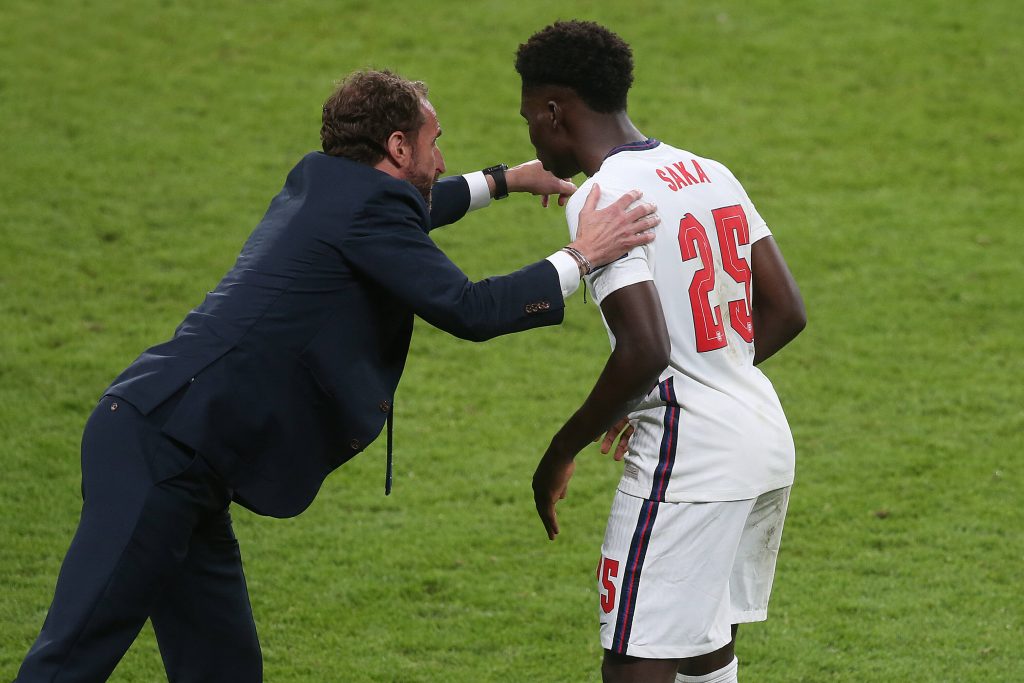 Arsenal youngster Bukayo Saka was subjected to vile racist abuse on social media after he missed a decisive penalty against Italy in the final of the European Championships earlier this month.

The winger stepped up to take the fifth penalty in the shootout against Italy, and it was saved by Gianluigi Donnarumma, which allowed the Azzurri to win the tournament.

Marcus Rashford and Jadon Sancho were also attacked on social media for missing their penalties.

The Arsenal winger chose to stay away from social media for a few days but has now returned with a response to the abuse dished out to him and his teammates.

Saka also showed his gratitude for the love and support he has received from the fans.

However, he urged the social media platforms to take action against the hateful and hurtful messages directed at any child or adult.

The 19-year-old insisted there is no place for racism or hate of any kind in football, and actions will need to be taken against these individuals.

Saka is undoubtedly a prodigious talent who has a big future ahead of him.

He has the potential to develop into a key player for Arsenal and England in the coming seasons.

The experience he has gained from the European Championships will certainly help him grow into a better player in the future.