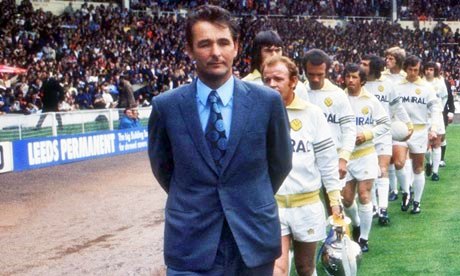 With the England manager’s position currently available, and a recent track record of over-paid and under performing foreign managers, the nation is crying out for a talisman to lead the side to Euro 2012.

However, despite Harry Redknapp being the favourite to land the role, less distinguished names such as Roy Hodgson, Nigel Adkins and others have been listed as potential home-grown coaches that could inspire the country to glory.

Looking back in time, Brian Clough must be one of the most successful English managers not to be given a chance at training the national side; but why?

As a player, Clough was a lethal striker, bagging an amazing 251 goals in 274 appearances for Middlesbrough and Sunderland, before retiring with a knee cruciate injury. The fact that the marksman only got two England caps as a player seems unfair given the attacker’s potency in front of goal.

Universally seen as a hard but fair manager, Clough started out his career on the bench at Hartlepool before moving to Derby County with assistant Peter Taylor in 1967. Clough led the Rams to promotion from the then Second Division to the top flight, and won the club’s first Division One title in 88 years in 1972.

Before resigning from the Baseball Ground club in 1973, the outspoken trainer led the side to the European Cup semi-finals and his departure was taken badly by the fans who demanded that the board resign and Clough be reinstated.

The first opportunity for Clough to be considered for England manager came in 1974, but Don Revie of Leeds United was given the position, and Clough took his position at Elland Road. Less than two months later he was sacked for falling out with the board and alienating some of the leading players such as fiery Scottish midfielder Billy Bremner.

He went on to manage Nottingham Forest from 1975 until his retirement in 1993. With Taylor at his side, the pair led Forest to promotion from Division Two to the top flight, and won the English Division One and the League Cup in a mesmerising first season back amongst the elite.

This stunning achievement was backed up with two consecutive European Cup triumphs, which will never be forgotten at the City Ground. The club also went unbeaten for a record at the time 43 league games.

Don Revie had resigned from the England job in 1977, right when Clough was in the most successful spell of his career, but the FA overlooked him in favour of Ron Greenwood. When the former West Ham boss stepped down from the role with the Three Lions in 1982, Clough was again shunned in favour of Bobby Robson, despite it being common knowledge that he was eager to manage his nation.

Clough’s track record of falling out with chairman and board members, his outspoken nature on national television, radio and in the papers, plus his forward and at times aggressive personality counted against him in his ambitions to manage England. Old Big ‘Ed’s record of success cannot be overlooked however, and his achievements will go down in history.

Before his death in 2004, Clough admitted that he felt that the FA were concerned that he would ruffle too many feathers if he was to manage the nation, but the current setup would jump at the chance to employ a home-grown boss of his calibre.