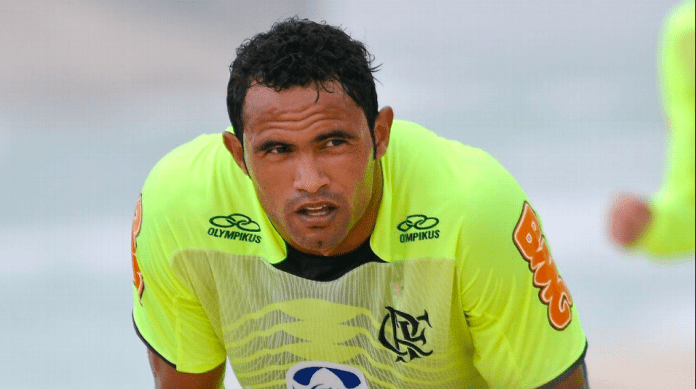 It turned out to be an incredibly brief return to football. Brazilian goalkeeper Bruno, who was sentenced to 22 years in prison for the murder of his then-girlfriend — Eliza Samudio — was signed by a second-division club upon his premature release from prison. The developments naturally upset a lot of sentiments and caused a lot of furore.

After just playing five games, the Supreme court has now ordered the re-arrest of Bruno. Attorney general Rodrigo Janot successfully called for his release to be reversed. Bruno turned himself in at a police station in Varginia, in the south of Minas Gerais.

Despite serving a third of his sentence, his lawyers managed to secure his release in February with a petition for habeas corpus. He then signed a two-year contract with a second division football club Boa Esporte.

The club was severely criticised for this decision with protesters staging demonstrations outside the ground and several sponsors dropping out.

However, Bruno shockingly also found a lot of supporters, some of whom chanted “Somos todos Bruno” (“we are all Bruno”).

Sônia Moura, mother of Eliza Samudio, was naturally glad at hearing this news and exuded, “I feel relieved because it was revolting the way he had come out of prison laughing,” she told local media.

At the time of the killing, the player was a star of local giants Flamengo and seen as a potential future member of Brazil’s squad for the 2014 World Cup. After he signed for Esporte upon his release from prison, many expressed concerns that he could stand an outside chance at making the Brazil squad for the 2018 World Cup.