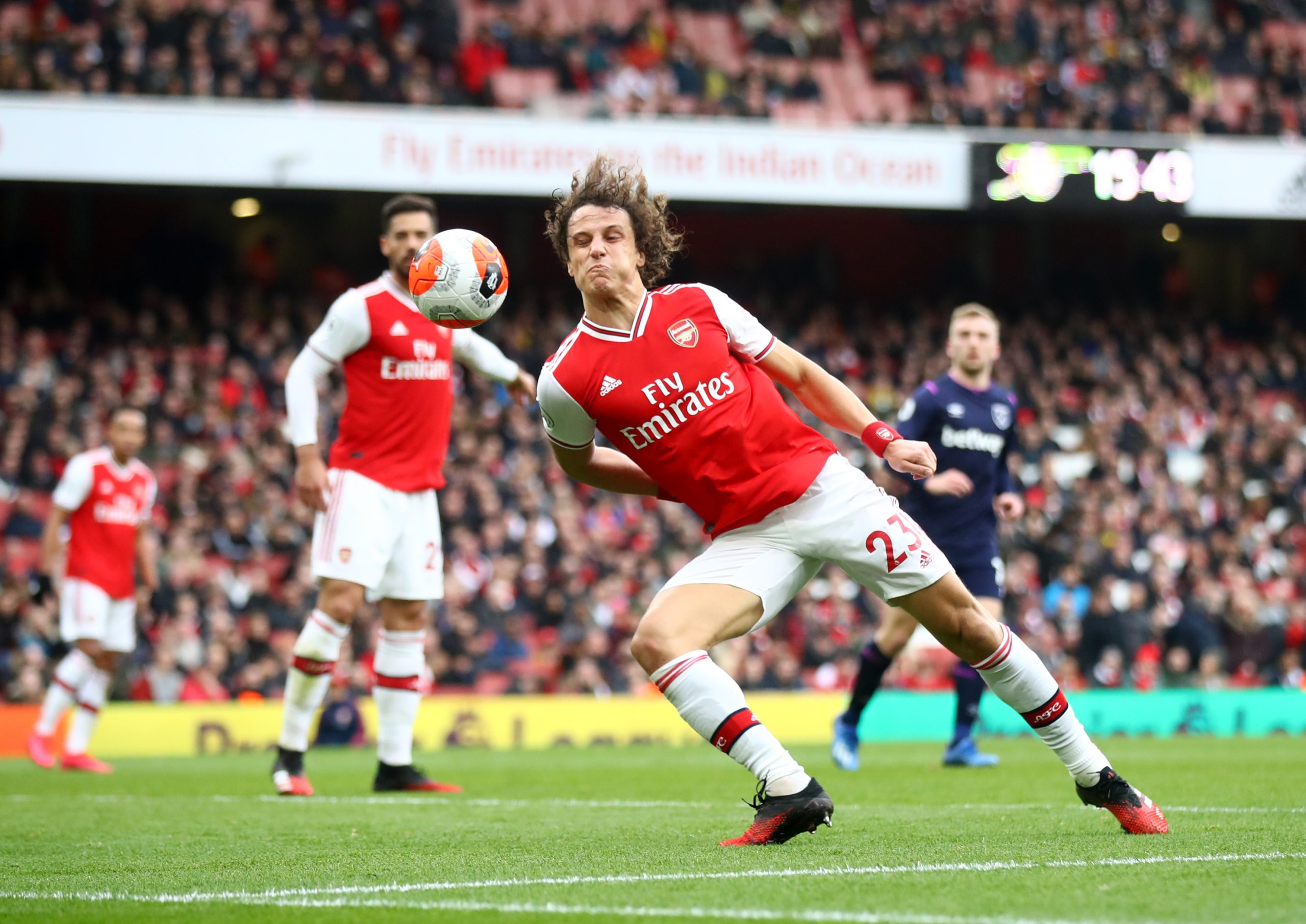 David Luiz is open to the prospect of extending his contract with Arsenal, a report from The Athletic claims.

The Brazil international was a surprise purchase for the Gunners from Chelsea last summer and he has since been a regular at the heart of the defence with 32 appearances across all competitions.

Luiz has been prone to making positional mistakes on a few occasions this term but he has still remained the first-choice central defensive option when fit and available.

The centre-back’s current deal with the Gunners expires at the end of 2020/21 season but The Athletic report that he is eager to prolong his stay for at least another 12 months.

William Saliba, currently on loan at Saint-Etienne, has been widely fancied to take up one of the central defensive roles next term and it remains to be seen whether Luiz partners the Frenchman.

A recent update from David Ornstein revealed that the Gunners will turn Pablo Mari’s loan contract into a permanent one with manager Mikel Arteta wanting a left-footed centre-half in his team.

Considering this, Saliba and Mari could potentially emerge as the permanent centre-back pairing next season while Luiz could act as the back-up, suppose one of the duo is injured or under-performs.

Arteta is unlikely to go with eight centre-backs in his squad next season. Mustafi and Sokratis could be sold with their contracts expiring next summer while Mavropanos could possibly be loaned out.