Brazil: Who saw that coming? I did! 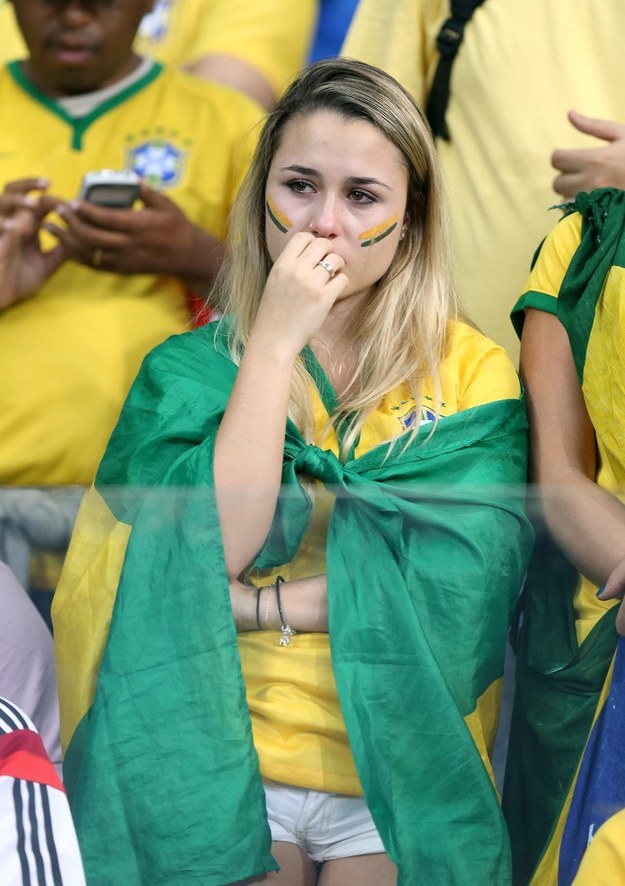 A nation is in mourning. Memes across the net and social media show Christ the Redeemer with his head in his hands. Admittedly, Brazil’s defeat to a ruthless German side in last night’s World Cup semi-final in Belo Horizonte was of biblical proportions, but I for one, saw something like this coming. Of course, had I had any idea they would be crushed by a six-goal deficit I would have been straight down the bookies collecting my winnings, before heading to my newly purchased beach-front mansion. But I digress.

Throughout the tournament the hosts have flattered to deceive on more than one occasion. As far back as the opening game against Croatia, the signs were there that this Brazil team had some weaknesses. The back four have looked fragile in every game they’ve played. David Luiz, whose hair is arguably more impressive than his ability to defend, often made marauding runs out of defence, leaving team-mates exposed. Only the genuine world-class presence of Thiago Silva got them out of jail.

Chile took them to the wire. Colombia and James Rodriguez came close. Even a shambolic Cameroon side managed to penetrate the limp defensive line once. The saving grace for the Samba Boys was their talismanic goal-machine, Neymar. The boy wonder, carrying the hopes of Rio, Sao Paolo and the Amazon rainforest on his shoulders did produce some magic at times. However, there was always a sense that without him, they would be in trouble. The injury he sustained against the Colombians signalled the beginning of the end.

Brazil sides of the past have been stacked with individual talent; Pele, Jairzinho, Ronaldo, Rivaldo, Cafu – these names synonymous with exciting, attractive football. Today, Oscar, Fred and Bernard sound like retirement home residents. They played like them too. Then there’s Hulk. Apparently he acquired the name due to his resemblance of 1970s TV star Lou Ferrigno. Brazil may have fared better with Mr Ferrigno leading the line.

All these frailties were evident last night: Lack of ideas, lack of spirit, lack of fight. Even the appearance of Neymar Jr, in the form of an empty home shirt, failed to galvanise them. Let’s not take anything away from Germany though. They were sensational. A team full of quality and belief. Miroslav Klose, Thomas Muller and Toni Kroos are all world class players.

Brazil need to go away and re-assess where they go from here. Surely a country with so much footballing heritage and prestige has better options than some of the current squad? Even with Neymar in the starting XI, I felt they were living on borrowed time. And boy, didn’t that time expire last night?!?!

I think England would have given that team a run for their money……. *ducks*