Blackburn Rovers forward DJ Campbell is one of the six people arrested in connection with a football spot-fixing investigation, his club have confirmed. 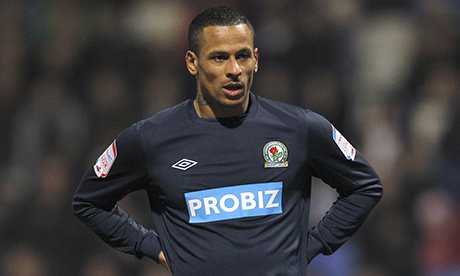 On 28th November, we covered a story based on the reports of The Telegraph that said six people were arrested including a former Premier League player as a part of an ongoing investigation on suspicion of fixing English football games, but due to confidential reasons, the name wasn’t published then.

According to reports from the Guardian, the 32-year-old has been detained as part of an investigation by the National Crime Agency (NCA).

Blackburn Rovers said in a statement: “Following reports in today’s national media, Blackburn Rovers can confirm that striker DJ Campbell has been arrested. The club will be making no further comment on what is now an ongoing legal matter.”

The Sun on Sunday newspaper reported that an undercover investigator met former Portsmouth player Sam Sodje, who is also actively involved in the racket said he could arrange for footballers in the Championship to get themselves a yellow card in return for thousands of pounds.

What was alarming was he even stated that he could rig a Premier League match and that he was plotting to do something similar for next year’s World Cup in Brazil as well.