Who has been the best Premier League summer signing so far?

With the Premier League back in full flight after the summer transfer silly season, the division is starting to take shape.

The new additions to most squads have been given the thumbs up or down by their respective supporters, but who has been the best new face from the summer?

The first name on the list due to the shock nature of his last-gasp switch to Arsenal, Ozil has been a star despite only playing six games in all competitions for his new side. 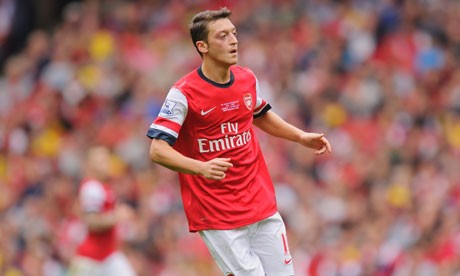 The two goals and three assists that he has contributed so far have led the Gunners to the top of the Premier League table, and he is certainly living up to his world-beater tag.

Some were surprised that Jose Mourinho allowed the Belgian star to leave Stamford Bridge on loan, but Chelsea’s loss is Everton’s gain.

The former Anderlecht star has looked in ominous form for the Merseysiders, and gave them a real cutting edge in the final third. He has scored four goals in four games in the Premier League already for Roberto Martinez’s men.

Spurs brought in seven new faces to the club to soften the blow of Gareth Bale’s departure, but the Brazilian has been the brightest of the bunch.

Both a destructive enforcer and an attacking threat, Paulinho has shown that he can be one of the best box-to-box midfielders in the division.

Spurs will rely on the South American in their quest for top-four football, and he could well be the difference in whether they achieve it or not.

Southampton have the best defensive record in the division, and thoroughly deserved their 1-1 draw against Manchester United on Saturday.

One of the key reasons for their new-found miserly rearguard is the addition of Dejan Lovren, who has added leadership and experience to the Saints’ back four.

Victor Wanyama is also worth a mention following a bright start to the campaign.

Newcastle finally landed their long-term target Remy this summer, albeit on loan from relegated QPR. 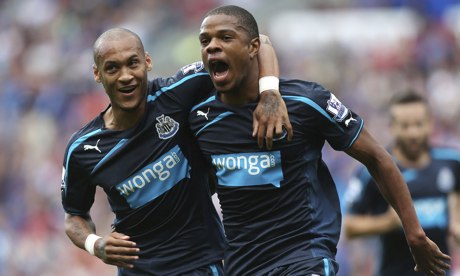 The France international quickly showed the St James’ Park faithful why the club has been tracking him for so long, with five goals in six Premier League games so far.

With the former Marseille man on form, Newcastle look like a much more dangerous attacking side.

Forced out of White Hart Lane due to summer arrivals, Huddlestone has been the creative force that has driven newly promoted Hull City this term.

The range of passing that became synonymous with his time at Tottenham has been all-so evident, and many are suggesting that the playmaker is worthy of a spot back in the England squad.

A critical player for Hull, Huddlestone’s influence has led them to an excellent ninth place so far.

Initially behind Edin Dzeko in Manuel Pellegrini’s preferences, the Spain international scored when being brought off the bench and now commands a regular starting berth. 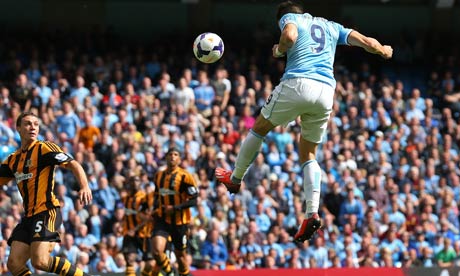 His link-up play with Sergio Aguero was noteworthy in City’s win over West Ham on Saturday, and the former Sevilla man could well be a candidate for the Golden Boot this term.

Brought to The Hawthorns on loan from Marseille, Amalfitano has already shown that he has the skill and technique to excel in the Premier League.

A wonderful solo goal at Old Trafford in West Brom’s win over Manchester United stands out in the memory, but the French midfielder has been consistently impressive since arriving at the club.

Who do you think has made the biggest positive impact so far?