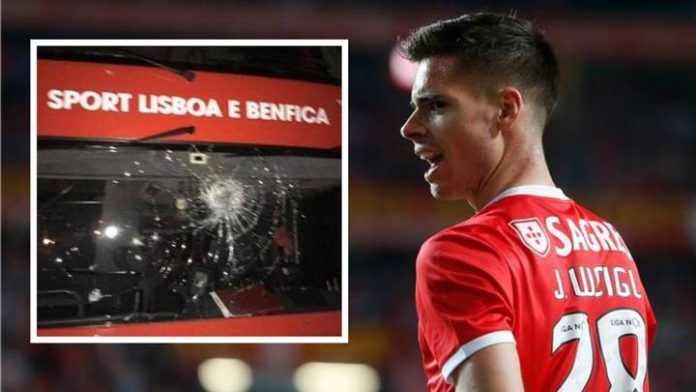 Crowds of enraged Benfica supporters gathered around the team bus after their side missed the chance to go three points clear of FC Porto in the Liga NOS standings. Stones were pelted at the bus, and the shrapnel caused injuries to two players – namely Julian Weigl and Andrija Živković, who were taken to a hospital in Lisbon for treatment.

The first match after the Coronavirus in the Liga NOS saw leaders FC Porto suffer a shock 2-1 defeat against F.C. Famalicão, who were 23 points behind them before the match. That left Benfica, who were only a point behind Porto, with a golden opportunity to go two points clear at the top of the table, with only 9 matchdays remaining. But they only managed goalless draw against Tondela, and currently sit on the top of the table only because of a greater goal difference. Presumably, this was the cause of the attack, but it certainly cannot be justified.

Andrija Živković later wrote on Instagram, “We would like to inform you that we are both well.
Unfortunately, we cannot justify this behaviour… None the less we assure you that we will keep fighting for SL Benfica and will continue to give everything! Many thanks for all recovery wishes and the great support!”

Julian Weigl wrote, “Hey everyone, I just want to let you know that I’m ok. We were really lucky! We are all doing mistakes but there was a line crossed! Throwing rocks on a bus without caring if someone gets hurt? I know that’s not how the real Benfica fans are! Especially these past weeks and days should have shown us that it’s always the better solution to stand together instead of literally throwing rocks at each other! Thank you for your kind messages! I appreciate everyone reaching out.”

The posts also had an image of Živković and Weigl in front of a photoshopped Estádio da Luz, where the Serbian forward could be seen with an eye patch. 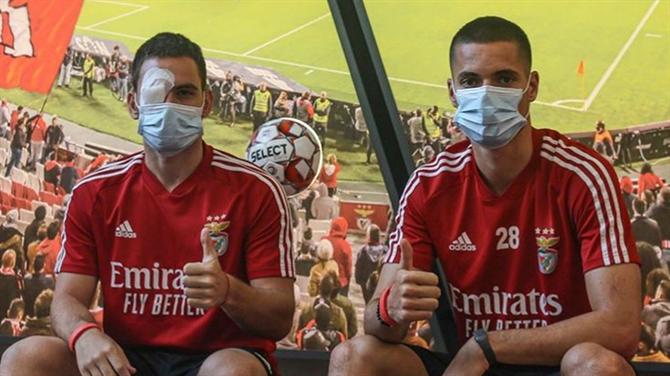 “Benfica denounce and lament the criminal stoning the bus of its players was victim to,” a Benfica club statement read.

“We guarantee total collaboration with authorities to whom we appeal for the greatest effort to be made in identifying the delinquents responsible for these criminal acts.”

According to the Tribuna Expresso, some houses of the Benfica players were graffitied with threats. One of the houses attacked was that of Pizzi. Benfica later confirmed these attacks. The PSP (Polícia de Segurança Pública) is suspicious that the No Name Boys (Benfica Ultras) are behind these attacks. The No Name Boys were recently involved in feuds and attacks with elements of Juventude Leonina, Sporting’s Ultras.

Let us hope that such incidents do not occur again, especially in such a time of a global pandemic.