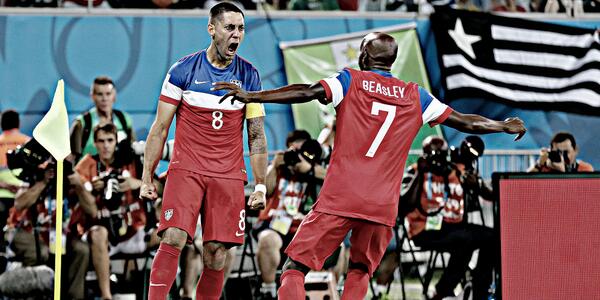 Group H winners Belgium face Group G runners-up USA on Tuesday in what is sure to be a fascinating last 16 clash in Salvador. 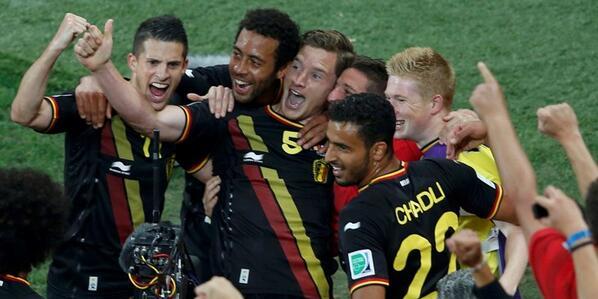 The difference in points between these nations from their three group games is the biggest margins between any of the second round qualifiers – Belgium picked up nine points, and USA four.

Belgium go into this match as favourites after three victories over Algeria, Russia and South Korea respectively, but the USA should not be underestimated, having beaten Ghana 2-1, drawing 2-2 with Portugal and only losing 1-0 to one of the favourites, Germany.

Marc Wilmots side went through the European section of the World Cup qualifying undefeated, and their record now stands at 13 without a loss after the group stage.

USA surprised a few by getting out the ‘group of death’ which saw Portugal and Ghana sent home at the group stage.

Jürgen Klinsmann’s side are the only team in the last 16 who failed to win either of their last 2 group games and one of only four nations to qualify with just one win.

These two nations have come head-to-head just just times before and to date it has never ended in a draw, a record that won’t change in tomorrow’s knockout knockout game. The Belgians have won four times compared to USA’s single victory, and the Americans will be totally mindful that they are facing the strongest Belgian side since the 80s.

Belgium
Anthony Vanden Borre is out of the tournament with a cracked fibula.

Vincent Kompany has been struggling with a groin injury and missed Belgium’s final group game with South Korea. Head coach Marc Wilmots says his captain will only play if 100% fit.

Thomas Vermaelen is another late decision for Belgium with the Arsenal defender also struggling with a hamstring injury during this tournament after an injury-hit season. Fellow defender Laurent Ciman is a doubt with a groin injury.

USA
Jürgen Klinsmann is optimistic that powerful striker Jozy Altidore could feature in this match after being injured 23 minutes into their opening group game win against Ghana. 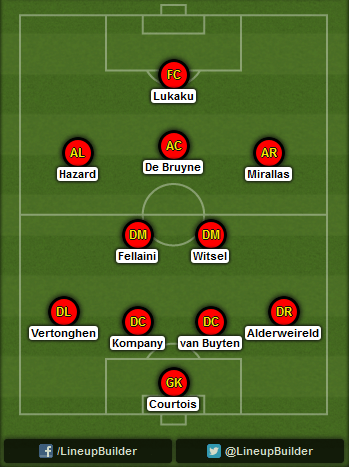 The question marks are over who is fit in defence and who will play on the right wing – Kevin Mirallas or Dries Mertens? Marouane Fellaini has started the last two after coming off the bench to equalise in their first match. 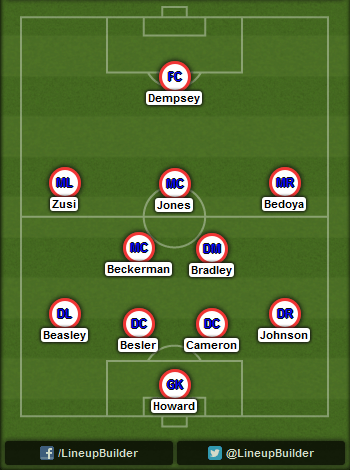 Expecting a defensive line-up from USA and this looks like a good one. They’ll want to score on the counter attack with either full-back bursting down the wing to get involved, or a set piece, which to be fair, Belgium look pretty good at defending. The only goal the Red Devils have conceded so far in this World Cup has been a penalty.

Eden Hazard is Belgium’s x-factor and his mazy dribble set up their winner against Russia in their second game which allowed head coach to rest a few players for their final group game. USA defend as a unit which could leave Hazard up against Borussia Mönchengladbach-bound Fabian Johnson.

Though we would expect support for the full-back from the right winger and/or a holding midfielder throughout the game. Johnson’s been pretty solid at right-back this past season with 1899 Hoffenheim and in this World Cup. Has been bombing down the wings in this World Cup but may be ask to attack less frequently in this game. Although with Hazard not always tracking back could be an opportunity for the USA to exploit.

Kyle Beckerman has been a disruptive force in the USA midfield and has done well only to pick up one yellow card in this World Cup so far. Should have a busy time with Kevin De Bruyne to deal with playing behind the striker for Belgium. The Wolfsburg attacking midfielder has been quite lively in this World Cup, creating a number of chances for his teammates.

Kevin Mirallas and Dries Mertens are also threats in they play but they may not be Beckerman’s job to deal with. He’ll also have support from Jermaine Jones and Michael Bradley who have done their faire share of protecting the defence – the latter who has covered the most distance on the pitch of any player after three games.

USA’s biggest threat going forward is Clint Dempsey. The American has scored half of their goals in this World Cup. If Vincent Kompany is fit to play the former Fulham and Tottenham player may struggle to win many aerial battles if Klinsmann sticks him up front again.

But as mentioned Belgium have a number of injury issues in their defence to sort out. Daniel van Buyten and Jan Vertonghen are both good aerially and have played in all three of Belgium’s matches so far.

It will be a very tight game, with USA’s steel grit keeping them alive. Despite riding their luck and weathering a storm for much of the game, I fancy them to steal a winner.