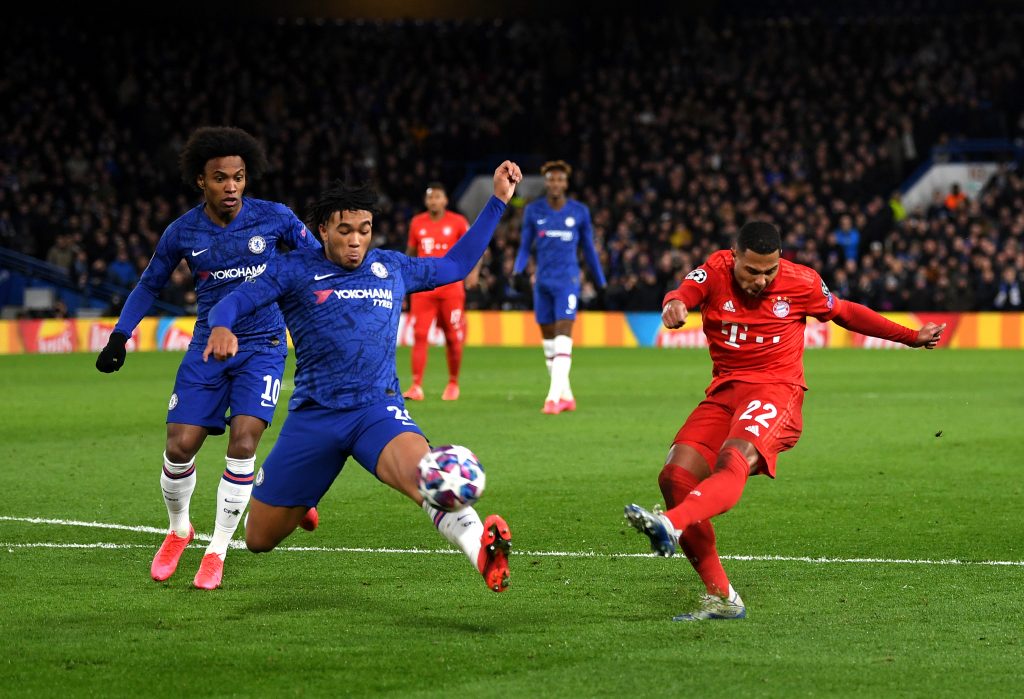 Chelsea were put to the sword by Bayern Munich in the first-leg of their Champions League last-16 tie at Stamford Bridge last night, with three second-half goals condemning the hosts to their biggest ever home defeat in Europe.

Serge Gnabry grabbed a brace before Robert Lewandowski sealed the victory for the Bundesliga leaders.

The former Arsenal winger has scored six goals in the Champions League this term, and all have come away against London teams.

The Germany international has once again paid tributes to Arsenal after downing Chelsea, and he didn’t hesitate to mock the Blues on Twitter following last night’s heroics:

Gnabry left Arsenal for Bayern Munich in 2017 and has been in red-hot form this term, bagging 10 goals and eight assists in 21 Bundesliga games.

The 24-year-old will hope to impress again when Chelsea visit the Allianz Arena for the second-leg on March 18, and it will be interesting to see if Frank Lampard’s men can contain him and co. in Germany.