Most call it El Clasico, some El Derbi and a few others El Grande Derbi. Call it by whatever name you want to, but a rose by any other name would smell as sweet, wouldn’t it? Forget Arsenal v Tottenham, Celtic v Rangers, Inter Milan v AC Milan, AS Roma v Lazio; you can even forget Boca Juniors v River Plate because this is the biggest club fixture in the world’s FC Barcelona versus Real Madrid CF.

This is a derby where the two opposing teams are not from the same city and not even from the same region, where pigs’ heads are showered to welcome former players, where old ghosts from the past come rushing out from the attic breaking the rusty old lock, where skeletons gallop out of the closet, where history outreaches the present by a country mile; this is a derby where cliches are cycled, recycled and re-re-cycled and no one seems as much as to whine about the consistent repetitions. 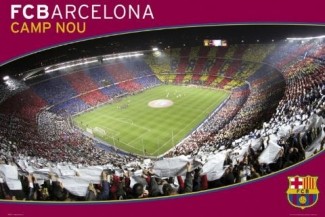 It’s Barcelona against Real Madrid at Camp Nou this Sunday evening and rest assured that there would be sparks flying all around. Real are top of La Liga at the moment, 4 points ahead of 2nd-placed Barcelona and whatever the result in this titan clash, the Merengues will be Winter Champions as the Spanish first division submits to a two week winter hibernation after Week 17. Both teams are in a great form with Real having won 4 of their last 5 matches in La Liga while Barca have a perfect home record with 8 wins out of 8 so far this season.

But as anyone even remotely connected with Spanish football would know, this fixture has more than 3 points at stake and doesn’t follow the rules scripted in the form bookâ€”there are stronger elements such as pride, honor and history shoved into the equation. To properly comprehend the ruthless significance of the fixture you would’ve to stretch your hand deep into the mist of the Spanish Civil War way back in the mid-1930s when Spanish dictatorial regime led by Hitler-esque General Francisco Franco was crippling the nation.

The first clash between Barcelona and Real Madrid might not have taken place until February 1929 but when it did occur, it was already observed as the embodiment of the tensions felt between the two most prominent and culturally contrasting regions of Spain. Barcelona were the representatives of Catalonia, the free-thinking region in the north east of Spain striving hard to gain autonomy and the distinction of a country; Castilian side Real were the manifestation of the Spanish State’s sovereign oppressive centralism. 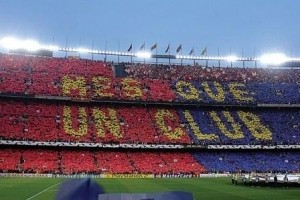 Immediate to the conclusion of the Spanish Civil War, the rivalries between the two clubs gathered momentum and intensity. The fixture wasn’t perceived so much as a football match as a demonstration of freedom and control. Barcelona became més que un club (“more than a club”, as the Blaugrana‘s Catalan motto suggests), a symbol of democracy, republicanism, federalism, anarchism and communism while Real were observed as the Royal club, the club that was always preferred by the Spanish political hierarchy.

The tides of time have remained abortive in eradicating this feeling. The Spanish Civil War might have long closed its eyes upon the light of this world and General Franco rests in peace in his grave but there’s always this undercurrent of resentment, hatred and revenge flowing in Catalonia against the Spanish State. For Catalans El Clásico gifts them an outlet of expression, a channel through which they can vent their hunger for autonomy and statehood; for the Castilians, the derby is another instrument to reassert their authority.

England legend Sir Bobby Robson was the manager of Barcelona for just one season (1996-1997) in which in spite of playing the best football in Spain and scoring an whooping 102 goals, they lost the title to a cruelly efficient Real Madrid side that had the Italian hardliner Fabio Capello at its helm. Sir Bobby appreciates the fanaticism that runs through Catalonia and observed: “Catalonia is a nation and FC Barcelona its army”. 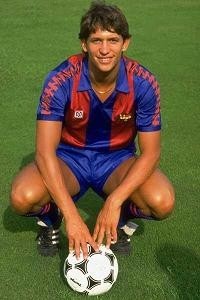 I took in the audience. It seemed to have pretty wealthy people in it—more comparable to the kind of people who go to the theatre or opera.

But one goal from Lineker and that gentlemanly behavior of the Camp Nou faithful rocketed through the roof.

If there had been a roof on the stadium, it would have been blown off. The sound was unbelievable. I knew that this was Catalonia against the rest of Spain and I was one more soldier in the Catalan army.

Catalans don’t consider themselves Spanish; they are, as they would tell you, Catalans. On the morning of General Franco’s death on November 20, 1975, Barcelona club secretary Jaume Rosell and director Joan Granadoes played catch with Franco’s bust—an stark indication that the era of oppression and repression was over and Catalonia can now freely express itself.

And they have done so since then, both within football and without and they would continue that streak on Sunday too. While Real Madrid would have the likes of Raúl, Guti and Iker Casillas who’ve grown up with the history of El Clásico firmly encrypted in their DNA, Barcelona would look towards Xavi, Andrés Iniesta and Carles Puyol for upholding Catalan pride. Barca fans would also be looking forward to bestow some ferocious welcome to Javier Saviola, who switched over from Barca to Real in the summer, although the tone of hatred wouldn’t be as vociferous as the one used against LuÃ­s Figo in 2002 who was branded a Judas, Pesetero (which can be roughly translated to money whore) and was thrown a roasted suckling pig’s head, whiskey bottles, a bicycle chain and the like. 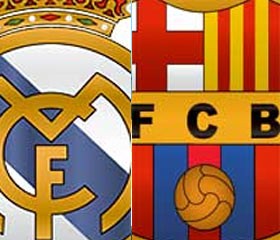 It’s a shame then that Barca would be without Lionel Messi, the best bet to step into Diego Armando Maradona’s yawning shoes. The Argentine international, who scored a hat trick in last season’s El Clásico at Camp Nou and rescued a vital point for Barca, hobbled off the pitch on Saturday against Valencia after pulling a hamstring. But this could just open a window of opportunity for the out-of-favor Ronaldinho, who has already endeared himself to the Barca supporters with his El Clásico displays so far.

Sunday’s match also provides another chance for Samuel Eto’o to revive old antagonism, heal old wounds and settle old scores. The Cameroonian was initially a Real Madrid youth player but wasn’t considered good enough to play in Real’s first team. Now at Barca, Eto’o is the most frightening striker in La Liga and for the Bernabéu fanatics, this does cut deep. Real will have their hopes pinned on in-form striker s Ruud van Nistelrooy and Raúl and would also anticipate Brazilian international Robinho to weave his own samba sorcery.

Sunday’s clash between Barca and Real will be the 155th time that the duo has locked horns with each other and Real hold the upper edge with 66 wins compared to Barca’s 58. Real may be the more successful of the two clubs with 30 La Liga titles and 9 European Cup triumphs to Barcelona’s 18 Spanish championships and just 2 European Cup conquests but such things wouldn’t affect the match too much.

The building up of the match has going on for days, the Catalan press and the Madrid scribes have been hitting at each other and words have been flying out like bullets in a battlefield. And why not? It’s El Clásico and read that as war. 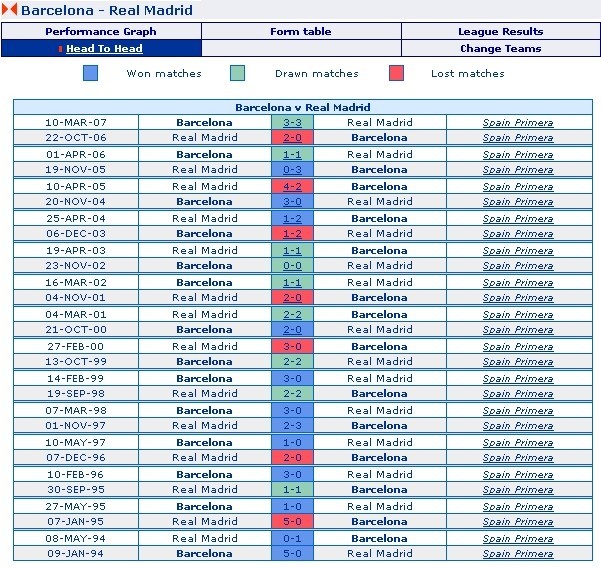 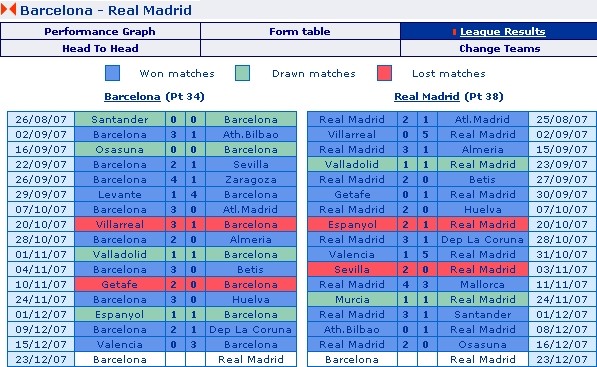