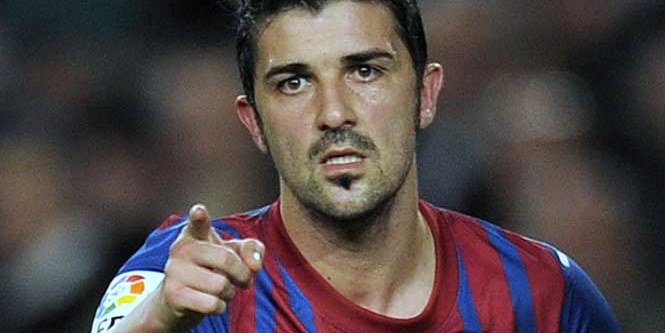 Barcelona have announced that they have agreed in principle to a deal, pending medical, with Atletico Madrid to sell star striker David Villa.

The 31-year-old would sign a contract with the Los Colchoneros for the next three years. It is understood that the deal be worth up to €5.1 million, with €2.1 million will be paid this summer, and an additional €2 million spread the following year, provided El Guaje remains at the club for the 2014/15 season. Also, Barcelona will get another extra €1 million if he extends his contract in 2015/16, and the Catalan giants will also get 50% of any future transfer fee for the player.

Villa’s role in the team was reduced to the fringes last season, and it is understood that he would further drop down the pecking orders at the club, after the arrival of Brazilian ace Neymar.

It was also reported that Barcelona were trying to engineer a move for Manchester United striker Wayne Rooney and could throw Villa into the mix along with Thiago Alcantara, for a player plus cash swap deal.

The Spain international was heavily linked with a move two both the North London clubs, Arsenal and Tottenham, in the last couple of years. Daily Mirror reported earlier today, that Villa had agreed a personal deal with Spurs.

Villa had a chance to make a switch to the Premier League last season, but Barcelona head-coach Tito Vilanova blocked a move, despite Arsenal willing to pay £12 million for his services.

There is no doubt that Atletico have made the best bargain deal of the summer so far. However, the challenge for them will be to keep the former Valencia player fit throughout the campaign.

The Catalan club are also resigned to lose one of their prodigiously gifted stars Thiago Alcantara this summer for a reported fee of £17 million to Manchester United.