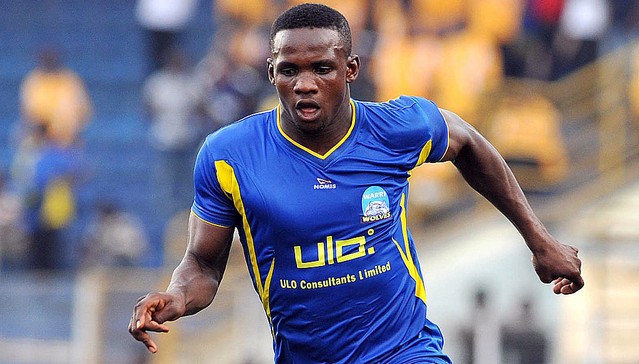 Austin Amutu, the 22-year-old Nigerian striker, has revealed his dream of playing for Premier League giants Arsenal in future.

He recently scored twice on his debut for Israeli side Hapoel Ironi Kiryat Shmona, but his real ambition is to play for the Gunners.

In fact, he makes a bold claim that Arsenal wanted him at some stage, but financial factor was the reasons why he turned down the move.

He is clearly not lacking in confidence and believes he should be playing for big clubs in the Premier League.

“It has been my dream to play for Arsenal, they came for my while I was at Warri Wolves and I think it was money that truncated the whole thing, by now I should be playing for Arsenal or any team in England,” he told AfricanFootball (via the Evening Standard).

He reveals that Wenger has shown an interest in him for so long, and feels the time is right for him to seek for opportunities elsewhere.

Arsenal meanwhile are close to securing their first signing in January in Mohamed Elneny. Arsenal officials have reportedly flown in to Switzerland to secure the deal. The Gunners are also reportedly looking to sign a striker, and as per journalist Kike Marin, they’ve submitted a massive €60m bid for Borussia Dortmund striker Aubameyang.