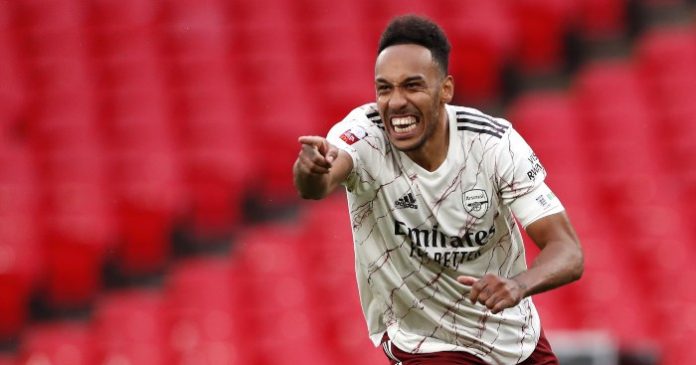 Arsenal captain Pierre-Emerick Aubameyang has said that manager Mikel Arteta and his teammates are working on fixing their main problem which is a lack of goals. He has backed the club to surprise the world, according to AfriqueSports via Goal.

Aubameyang has scored two goals in nine Premier League games this season. The man who won the Golden Boot in the 2018/19 campaign and finished just one goal behind Jamie Vardy last season is struggling to find the back of the net for the first time in his Arsenal career.

The North London club are fifteenth in the table of Premier League sides for both goals scored (9) as well as shots taken (82). Of the five clubs to have taken less shots than the Gunners this season, three sides are in the bottom four of the Premier League.

Arteta’s side rank eleventh for big chances created in the current campaign (9). These statistics make for difficult reading but anybody who has watched Arsenal play this season will not be in the least bit surprised.

“Even though the results have not been good recently, we still hope that in the near future everything will be fine and we will surprise the world. We have the players that will take us to the level we want to get to.”

“The biggest problem the club is facing right now is the lack of goals and the manager and the rest of the players are trying to overcome this problem. “

The Gunners have improved defensively under Arteta and so far this season, they are joint second in the league for least goals conceded (10) behind Premier League leaders Tottenham Hotspur (9).

For the first time in years, Arsenal’s defence seems to be in better shape than their attack but goals win you games and their results are unlikely to improve until they are able to generate sufficient goalscoring chances and put them in the back of the net.

Last night’s 3-0 win against Molde would have come as a relief but was also a minimum requirement given the gulf in class and resources between the two sides. It’s in the league (where Arsenal are 12th, seven points off leaders and arch-rivals Tottenham) where the goals must come and the next two games – home against Wolves on Sunday and Rapid Wien next Thursday, are games where Arsenal must find consistent form.

Because the game after that is a visit to Tottenham (next Sunday) – lose that and the season might as well be over.