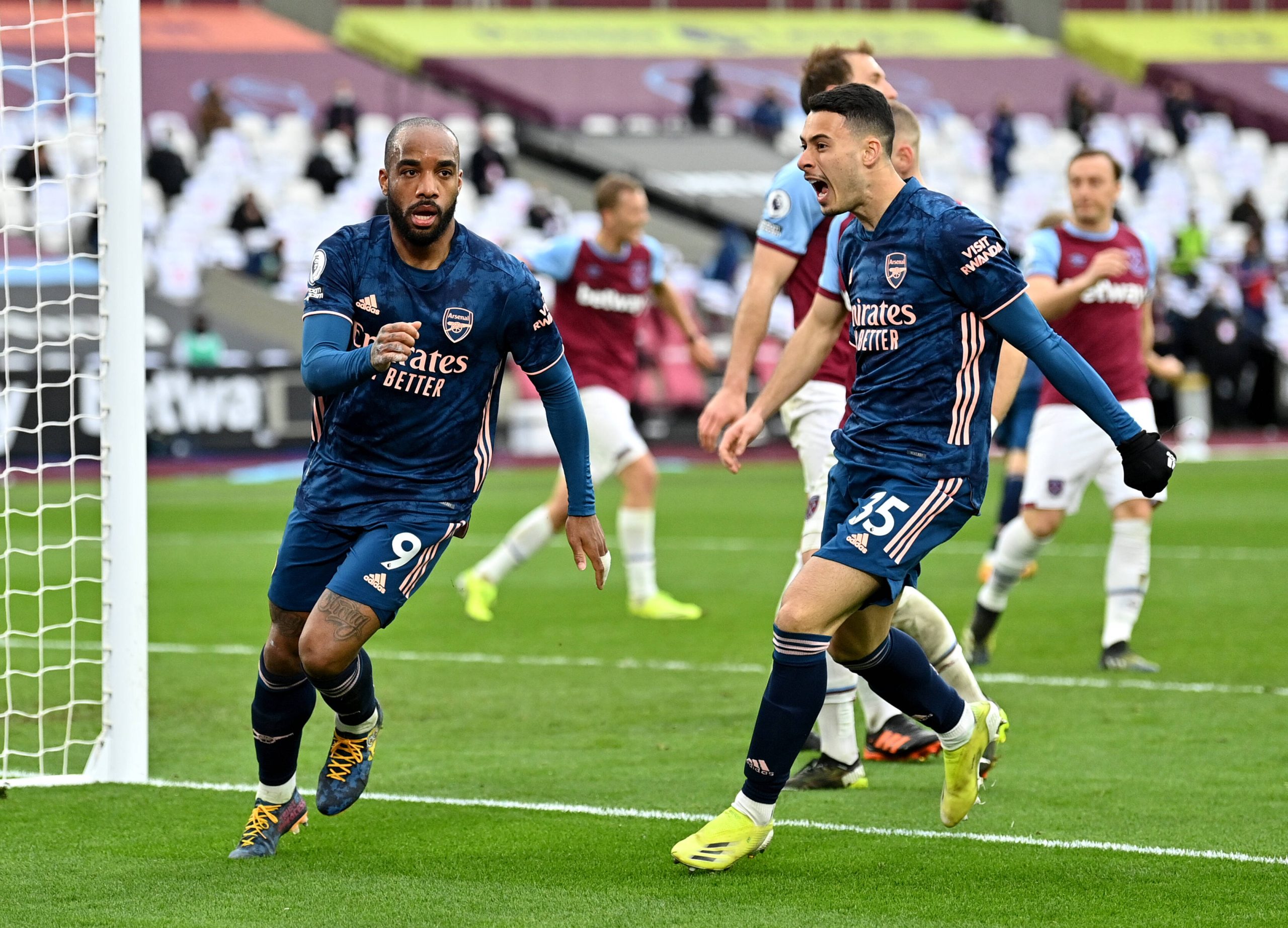 Atletico Madrid, Sevilla and Roma are keeping tabs on the contract situation of Arsenal striker Alexandre Lacazette, a report from ESPN claims.

Lacazette is currently in his fourth season with the Gunners, and he has had a decent campaign with 13 goals from 34 appearances.

His form since Boxing Day has been impressive, and he recently played a part in all three goals in the 3-3 comeback draw at West Ham United from three goals down.

Despite the positives, Lacazette’s future remains uncertain with his contract expiring in 15 months, and this has apparently caught the eye of multiple European clubs.

Atletico are long-term admirers of the Frenchman from his Lyon days, and it is now reported that Sevilla and Roma have joined the pursuit of the 29-year-old.

Lacazette was in-and-out of the starting line-up during the first half of the campaign when he was regularly rotated with Eddie Nketiah.

However, his fortunes have changed over the last few months and, before the international break, he scored three goals from four league outings.

Aside from his goal contributions, the Gunners have also benefitted from his good hold-up and link-up play in the final third of the pitch.

He remains a valuable asset for the north London side, and manager Mikel Arteta has previously signalled his intention to keep the striker.

The club have yet to open negotiations over a new deal, and his chances of leaving will become greater if a contract is not sorted by the summer.

Lacazette, who is currently valued at £31.5 million (Transfermarkt), has registered 61 goals and 28 assists from 161 appearances for Arsenal in all competitions.

Read: Arsenal may have to pay at least £30m to sign this Premier League midfielder.