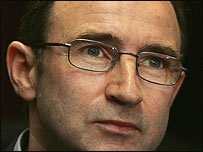 Aston Villa heads into the match only four points behind 4th place Tottenham and their sights on the UEFA Champions League next season.

Villa head into Saturday’s clash with Wolves in good form, winning their last three EPL matches and undefeated in their last eight. Wolves head into the match with only six points in their last six matches and losing four of those. They are three points above the relegation zone and have scored the least amount of goals of any club in league play (23).

Aston Villa are without Reo-Coker and Harewood due to injury while striker Gabriel Agbonlahor is doubtful. Wolves will be at close to full strength with Kightly their only absence due to injury. The two teams played to a 1-1 draw in late October with goals from Agbonlahor and Ebanks-Blake.

If Agbonlahor is unable to play it will hinder Aston Villa’s attack but they still have more than enough to pick apart a suspect Wolves defense. John Milner is starting to break out as a rising star who could play a significant role for England in South Africa. John Carew remains an experienced option and will likely be paired with Emile Heskey if Agbonlahor isn’t fit.

Wolves simply don’t have the quality of players as Villa and will need to keep it a low scoring match. If Villa can score two goals or more it should be enough to get the three points.

Aston Villa will win the match 3-1.