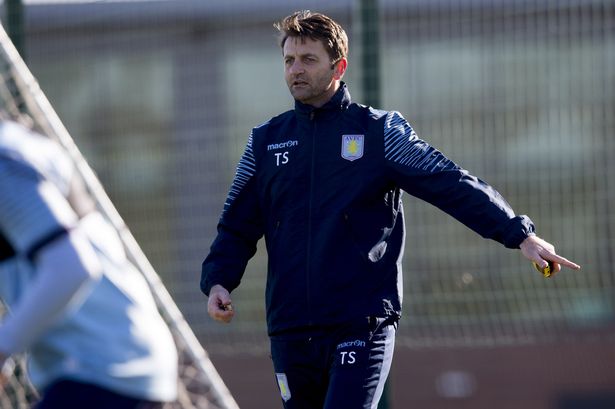 It’s a week Villa fans could only dream about as Villa Park gets set to hold not one, but two of Aston Villa’s closest rivals.

The Midland’s side is set to play their first derby against West Bromwich Albion in the Premier League over the weekend. Followed by a midweek Captial One Cup clash against Birmingham City.

Sherwood is undoubtedly going to focus on each match at a time, in what is a pairing of two very emotional fixture.

Although these fixtures are very likely to become rowdy, The Aston Villa manager has added fuel to the fire ahead of Aston Villa’s upcoming first derby match.

Sherwood made reference to Villa’s two nil FA Cup victory against the Baggies last season in the press this week, saying his side is hoping to produce a performance worthy of a pitch invasion.

This, of course, makes reference to the last time this rivalry was played at Villa Park. Which finished Aston Villa running out two-nil winners in the FA Cup quarter-final.

At the conclusion of the match thousands of Aston Villa fans spilled over the barricade and onto the pitch to celebrate with their team and harass their opponents.

The pitch invasion saw Aston Villa fined a total of 200,000 pounds, but the harassment of West Bromwich Albion players left much unfinished business between the Midland clubs.

It could possibly reach boiling point once again when they meet this weekend.

Currently, both sides are struggling for form but could use this fixture as a well-needed boost to their Premier League campaign.

Villa is currently two from two against the Baggies and the English manager will be hoping his side keep their unbeaten form against their rivals after the weekend.

Whether this is just the case of adjusting to life without their key duo of Fabian Delph and Christian Benteke, who left in the summer transfer window or that their signings are still adjusting to the Premier League.

A win in this fixture could be the confidence Tim Sherwood’s new look side needs to rise up the ranks of the Premier League.

In this rivalry, both sides are looking to clinch three points and gain confidence going forward in the season. It also gives one set of fans bragging rights till the next time the fixture comes around.

With both sides in very similar form, only goal difference separates them on the table. So, it even adds more incentive for either side to get the win and create breathing space between their rivals.

After this fixture, Villa fans can then look forward to the second derby match arch-rivals Birmingham City midweek in the Capital One Cup third round.

The importance of these fixtures will no doubt be on the mind of Tim Sherwood going into each of them. As these fixtures hold special meaning to the Villa support will put them up as two of Villa’s most important matches this season.

Every side wants to win their local derbies, but the need for Aston Villa to improve results is a priority this season after several brushes with relegation in recent seasons.

For now their upcoming matches will determine whether Aston Villa are the most dominant Midlands team. Yet, the underlying importance these matches carry for the fans and the club could see the start of Villa’s rise up the table.