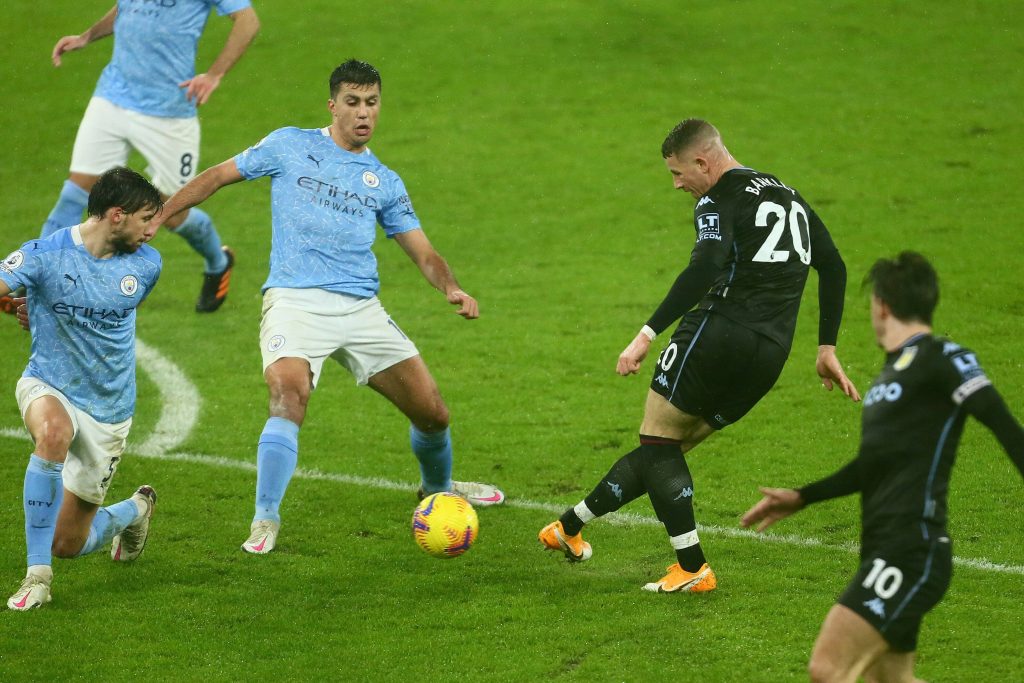 Villa Park is the venue as out-of-sorts Aston Villa take on Premier League pacesetters Manchester City in an exciting league fixture on Wednesday.

Despite their recent dip in form, the visitors can draw confidence from the fact they have won their last 14 Premier League matches held on Wednesdays and are the overwhelming betting favourites with the bookmakers for this game.

Meanwhile, the hosts have suffered 11 defeats in their last 13 top-flight matches against City (W1, D1), with the solitary victory in this run dating back to September 2013.

Villa succumbed to a 2-1 away defeat at Liverpool last time out despite leading at half-time, as they take the field after winning only one of their previous six Premier League fixtures (D2, L3).

For the Lions, goals have been in short supply lately, as evidenced by the fact that they have scored under 1.5 goals in 11 of their last 12 league outings.

Dean Smith’s men scoring three times against the Cottagers saw them equal their tally of three goals netted across their previous five home outings in the competition.

The hosts have ended up on the losing side in eight of their last ten Premier League showdowns against the sides starting the day at the top of the tree (W1, D1), conceding an average of 2.75 across those defeats.

Before losing 2-1 to a 10-man Leeds United side last time out, City had won three consecutive Premier League matches by at least a two-goal margin.

A 1-0 defeat to Chelsea in their FA Cup semi-final clash on Saturday was their second in their last three competitive fixtures (W1), which is more reverses than they had in their previous 35 in all competitions (W31, D3, L1).

However, the Cityzens have been ruthless against Aston Villa lately, winning their last four Premier League meetings by an aggregate score of 15-1, a 2-0 victory in the reverse fixture in January included.

Notably, the Etihad outfit have won nine away Premier League games in a row heading into this encounter, returning a resounding +21 goal difference from that spread of matches (GF:24, GA:3).

The runaway Premier League giants boast the best defence in the English top division after keeping a clean sheet in 53.33% of their league trips this season (8/15), including the shutouts in their last three such contests.