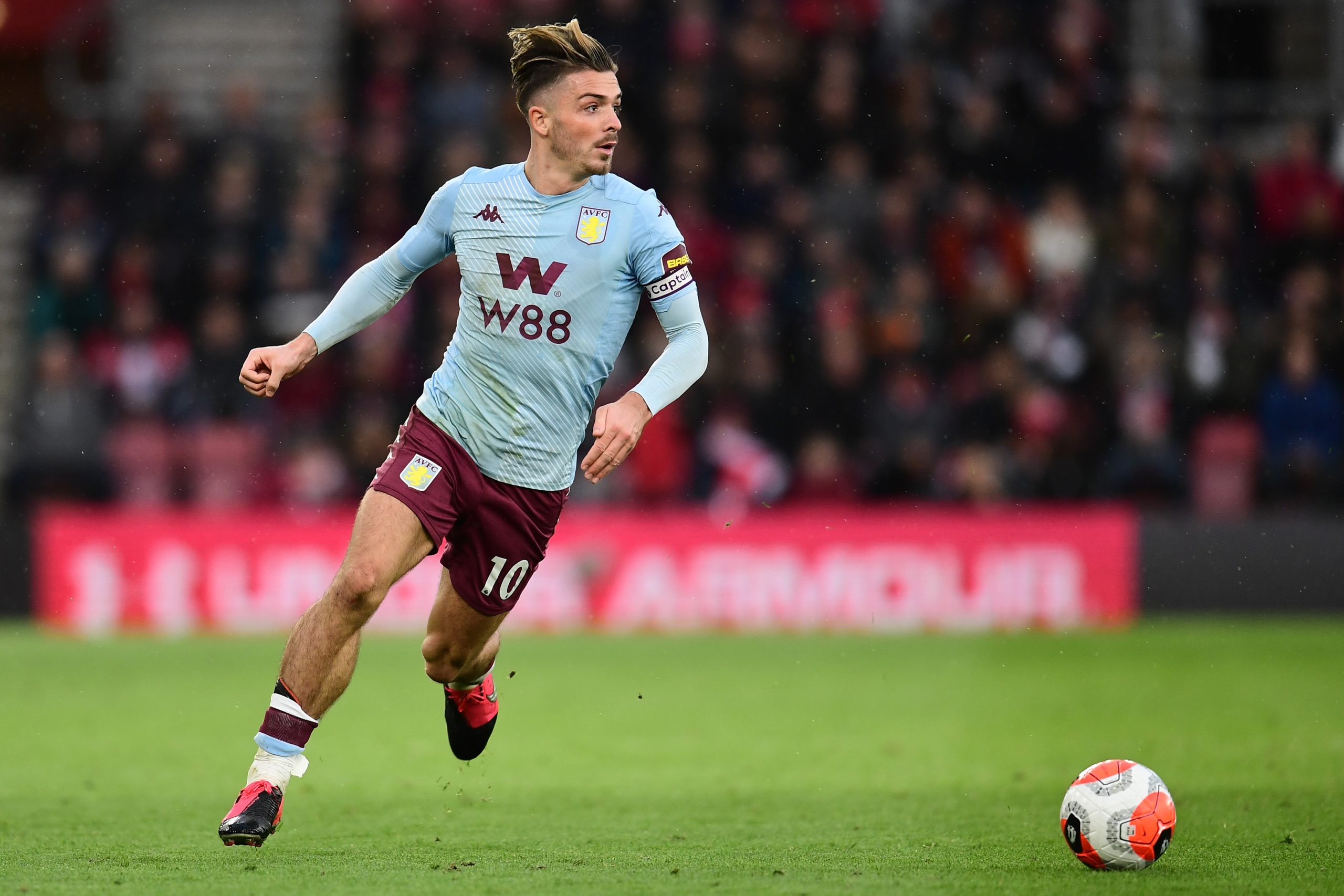 Manchester United were said to be very keen on Jack Grealish in the summer, but any deal that was supposedly in the works quickly deteriorated when the Englishmen signed a brand new five-year deal with Aston Villa.

So far this term, Grealish has been in outstanding form, bagging his fifth goal of the campaign against West Ham on Monday, while also tallying five assists. He’s been a vital part of Villa’s impressive start, who currently sit in 10th place. The additions of Ollie Watkins and Ross Barkley have complimented Grealish perfectly in the final third, helping them grab some massive points through their first nine matches.

According to the Telegraph, Dean Smith’s side isn’t shy to stave off suitors for their star attacker as January approaches, slapping a £100 million price tag on Grealish. If any club would actually be willing to pay this hefty amount for the 24-year old, he would become the most expensive British player ever after Gareth Bale’s £86 million transfer to Real Madrid from Spurs back in 2013.

The Red Devils haven’t been the only side to show interest in Grealish, With Pep Guardiola voicing his desire to bring the England international to Manchester City. Tottenham are also said to be keen.

The Villa star broke onto the scene last season, helping his club just steer clear of relegation. Grealish had eight goals and six assists in 36 appearances and looks well on his way to surpassing that previous total with ease this term.

His wonderful form and importance to the Villa attack earned him a much-deserved call-up to the Three Lions, where he starred for his country last month in the Nations League, putting together a couple of fine performances. At this rate, Grealish looks like he will certainly be in England’s plans next summer for the European Championships.

Big deals usually don’t materialize in January, but one of these English giants could try their luck with Grealish in next summer’s transfer window. But if Villa is able to stay well above the relegation zone, don’t expect him to be going anywhere anytime soon, especially considering his gigantic cost.