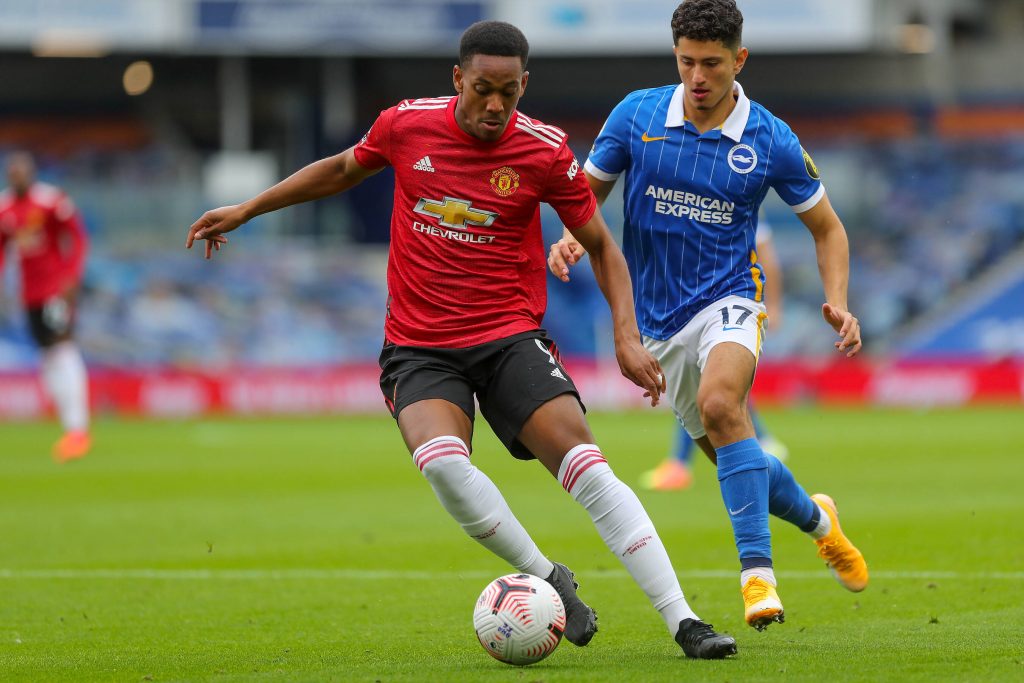 Aston Villa are keen to sign Manchester United ace Anthony Martial this summer, according to a report from The Daily Star.

However, the Midlands outfit have been put off by United’s £50 million asking price for the 27-capped France international.

Dean Smith seems to be intent on making his Villa side a real attacking force next season.

The Villans boss has already brought Emiliano Buendia to Villa Park and has also been linked with moves to sign Todd Cantwell and Arnaut Danjuma (The Sun and The Sun print edition, July 20, page 51).

The United man is on the Villans’ radar, according to the Daily Star.

However, the 25-year-old’s £50m price tag is allegedly putting off Villa from making a concrete move for his services.

The Frenchman clearly has plenty of potential, and if United drop their asking price by £10-15 million, Villa could pursue a deal to sign him.

He possesses blistering pace and can be a real threat in behind.

Smith is renowned for getting the best out of his players at Villa Park. Perhaps he could do the same with Martial.

For that to happen, United will undoubtedly have to lower their demands.