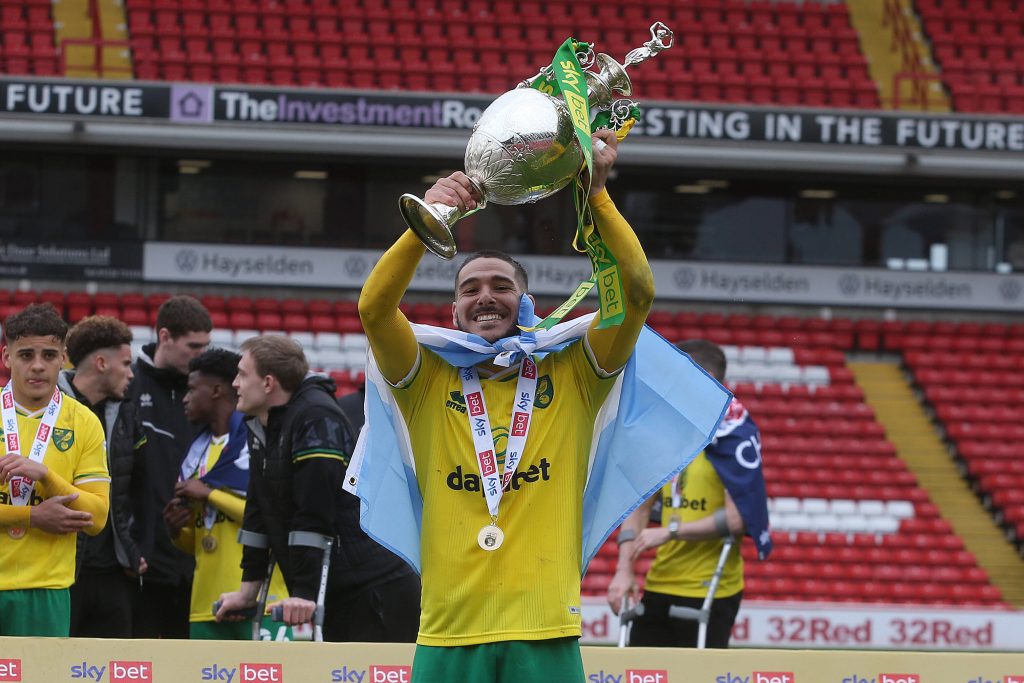 Aston Villa have watched Norwich City attacking midfielder Emiliano Buendia closely and want him to play alongside Jack Grealish next season rather than replace him, according to The Athletic.

The Argentine is also on Arsenal’s radar, but his suitors must be willing to pay at least £40 million for his signature.

Norwich are yet to receive any formal offers, but if a suitable bid arrives they will not stand in Buendia’s way this summer.

Villa manager Dean Smith wants to strengthen in forward areas after Trezeguet suffered a serious knee injury last month and Ross Barkley’s loan spell came to an end, and Buendia could be a perfect addition.

The Championship Player of the Season believes this is the right time for him to take the next step in his career, and the expectation is that he will leave Norwich this summer.

The Villa Park outfit are looking to break into the European places next season, and landing a creative genius would help boost their chances.

Buendia scored eight goals and assisted 12 others in his debut campaign with Norwich in the Championship, but he only scored once and assisted seven goals in 36 Premier League games last season.

He will be keen to prove his quality next term in the top-flight, and more clubs are likely to join Villa and Arsenal in his pursuit should he impress at the Copa America with Argentina.