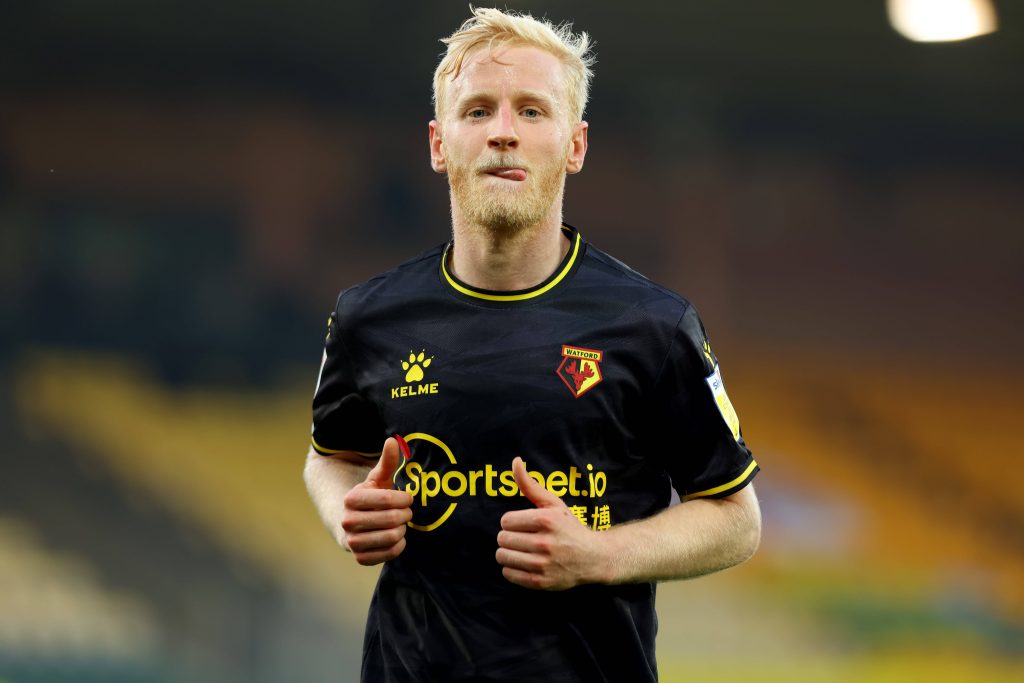 Aston Villa fans have taken to Twitter to express their reaction to reports linking the club with a move for Will Hughes.

According to reports from The Express, Villa are keen to sign the Watford midfielder this summer.

Dean Smith is looking to bolster his midfield options, with Villa registering an interest in signing James Ward-Prowse early this summer.

With Southampton refusing to wilt under pressure, it seems Villa have turned their attention towards signing the former Derby County midfielder.

Hughes joined the Hornets from Derby County back in 2017 for around £8 million and played a key role last season as the club secured promotion.

Many Villa fans appreciate that Hughes is a good player, but they feel he is not the one who can take the club to the next level.

Smith has stressed the importance of bringing in quality players to Villa Park, and fans have urged the club to show ambition in the market and sign the likes of Ward-Prowse or Harry Winks.

Ideas of grandeur. Villa have had one yes one good season in the premier league should have gone down in their first season up hadn’t it been for a technical goal line issue .. by the way Will Hughes is an outstanding player and easily good enough for Villa.

JWP for me, would be the difference in finishing 6/7th and guaranteeing European football and potentially missing out on that in 8th/9th place.

Pay the big money now and we’ll reap the benefits of European football next season.

He's a really good player, i just think its one area we don't need to strengthen

Will Hughes? I thought Smith said something like no need to bring in lots of players but targetting real quality, am I missing something?

This – exactly this kind of link worries me. Hughes?! Not good enough. Sorry!

Pay the money show ambition JWP is the signing

Go all out for JWP

According to The Sun, Watford could demand around £12m for the 26-year-old, which seems a decent value for a player who has made 118 appearances for the club.

Villa have been active in the transfer market, having signed Emiliano Buendia from Norwich City for £33m and Ashley Young on a free transfer.

They have also been heavily linked with a move for Emile Smith-Rowe, and have had bids rejected for the Arsenal star.

Read also: Camavinga is in no rush to decide future club.