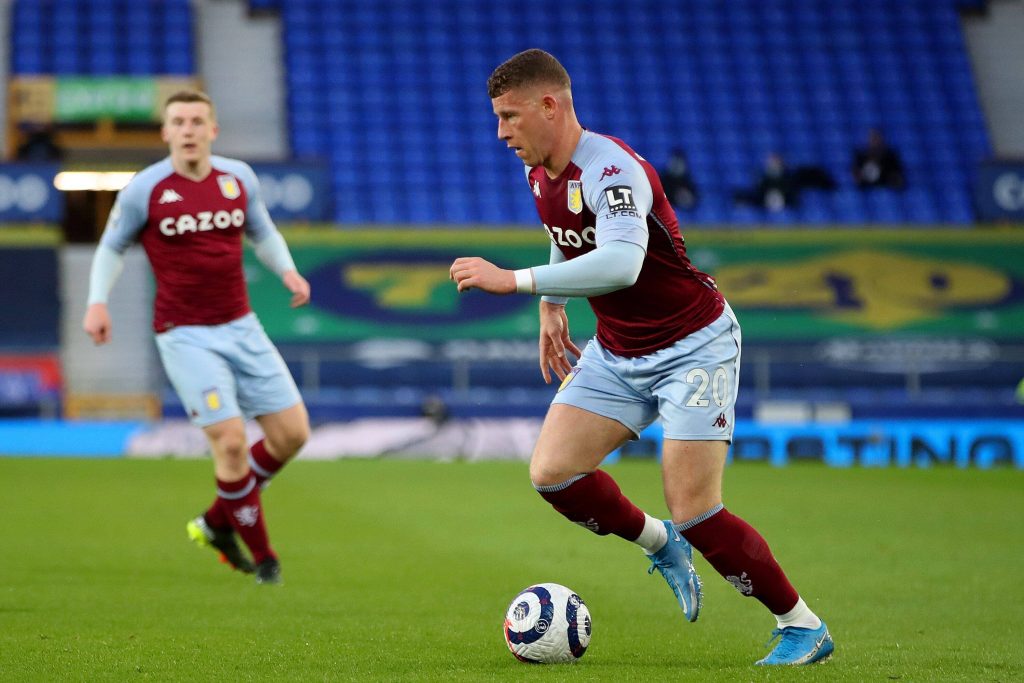 Aston Villa picked up an impressive 2-1 win over Everton in the Premier League last night.

A late goal from Anwar El Ghazi was enough to hand the visitors a much-needed three points.

Dean Smith’s side were going through a rough patch in the Premier League, but the result will give them the confidence to finish the season strongly.

There were quite a few impressive performances for Villa, but Ross Barkley was outstanding for the visitors against his former club.

The 27-year-old has been on loan from Chelsea this term and has been heavily criticised in recent months for his dip in form.

However, the attacking midfielder showed his quality against Everton, and the fans will be hoping that Barkley can build on this performance.

With Jack Grealish still sidelined, Barkley took on the creative responsibilities and caused all sorts of problems for the Everton defence with his passing, flair and link-up play.

The midfielder could have easily scored a goal but was denied by the crossbar. He also put in a tireless shift defensively.

Some Villa fans took Twitter to share their thoughts on the midfielder’s performance – here is what they had to say.

I hope we see this Ross Barkley for the rest of the season. #avfc

Form is temporary, class is permanent…he may have been one of the ones with covid. He's been poor but, on form, he's our best player apart from Jack

And beyond. Absolute Quality

Enjoyed watching him tonight, quick and accurate. Confidence high. Didn't dwell too long on his poor marking of Calvert Lewin for their goal

He was sensational tonight. Been a while coming but worth the wait.