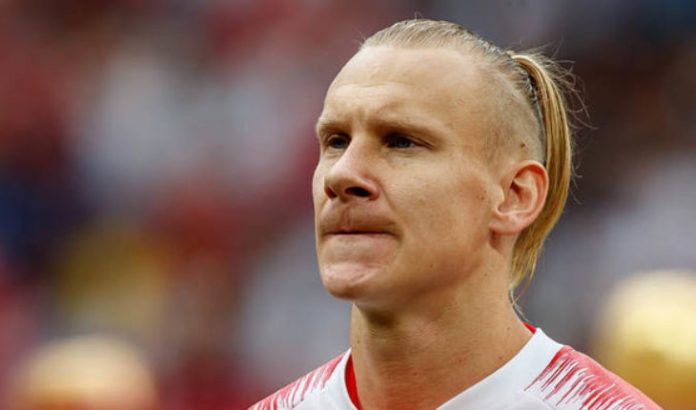 Aston Villa fans have taken to social networking site Twitter to express their reaction to reports linking their club with a move for Domagoj Vida.

Dean Smith’s side have already signed Danny Drinkwater on loan from Chelsea, and are close to signing former Liverpool goalkeeper Pepe Reina.

Signing a striker, maybe more than one, is a priority for Villa. However, Villa, who are fighting for survival this season, are looking to bolster their defence as well.

According to reports from Fotospor (h/t Sport Witness), Villa are close to signing Vida from Turkish club Besiktas in the January transfer window.

The 79-times capped Croatian international has emerged as a possible option for Villa, and the club has tabled an offer in the region of £5.1 million already. Besiktas are looking at a fee of around £8.5 million and are willing to let him go this month.

Many Villa fans are divided in opinion about whether it would be a right move to sign him. Here are some of the selected tweets:

If this one goes through then does it mean one of our defenders are off? Chester maybe? Or it could be that because of the new formation we need to sign Vida as an extra body in case of injuries? 🦁⚽️👍🏻 #avfc

Absolutely pointless signing. We should bin this off until summer and pool whatever remaining funds we have into a striker.

I think he’s a quality player that will improve us but 6 centre backs?

Not needed🤦‍♂️ I thought the priority was a striker. Looks like we’re getting anything but that.

He can play across the back and now Dean has finally settled on the back three it’s great business.

Strengthens our defence , but think it will spell the end for Chester #avfc

I’d take him, replaces chester at end of season, and gives a bit more experience to back 3 a world cup finalist is very welcome at VP

Good signing if true. Think Chester playing with that injury may have done for his career

He looked really good at the WC the other year, remember he was quite good in the air too. Hopefully this deal goes through